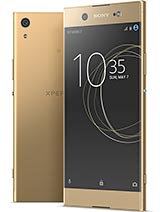 Anonymous, 27 Feb 2017How come this midranger phone beat s8 qhd? Sony C5 Ultra, Sony XA Ultra, Sony XA1 Ultra sir/ma'am does not belong to the mid-range mobile device of Sony. They are the sub-flagship series of Z Series. Just so you know. And why did they beat S8's QHD? Because that's their specialization... The camera and the sounds.

I was really hoping to see a bigger battery this year. I have a 2016 XA Ultra and love the the phone but I need to use stamina mode just to get the battery to last a day. The was my first sony and impressed overall but they clearly don't liaten to customers. The Sony support forms have many posting about the battery. Some users reporting thry have spoken with sony customer service reps and have been told it's a known issue on these devices... Only to release the next gneterion with the same battery spec.

I had a 100$ credit from my provide for a billing error they had made so I got my ultra at 25% off retail price so I can't complain overall, however I'll have to look elsewhere when it's time for a new one.

With octacore processor, qualcom snapdragon 820 chipset and 3500 mah battery, this piece of beauty would have been rocking

This phone is beautiful,large screen 6.0 nice on play games and watching movies and nice camera both rear and front. I'm disappointed about the battery, 2,700 mah is small for the 6.0 screen size

It still doesn't come with a fingerprint sensor and waterproof resistant. It is still the same with its previous version though. They should have worked out with the battery capacity at least, but not. :(

Sony has done a good job this year, I love this value selfie phablet. It has a beautiful side-bezelless design with a good 6" IPS FullHD display, Android Nougat, very efficient 16nm Mediatek Helio P20 SOC (on par with Snapdragon 625) with 32/64GB storage and 4GB RAM(extremely good for a mid-range device), flagship level main camera 23MP 1/2.3"(the same camera like Sony Xperia XZ WOW!) and another flagship camera in the front(similar to the main one in Samsung Galaxy S6) 16MP 1/2.6"(WOW again, this is the best on market), ac WI-FI. . The single con would be the tiny 2700 mAh battery, but we hope that the efficient 16nm SOC and FullHD screen will make up for a decent battery life and Pump Express+ 2.0 charger will be included for fast fill up. Every photo or selfie lover should consider this cameraphone!

2700 mah
is it enough for even sony fans