The Sony Xperia XA3 will have a tall screen, according to a Japanese source. Reported by telefoonabonnement.nl, the screen resolution will be 2160 x 1080 pixels which is Full HD+ with an 18:9 ratio. 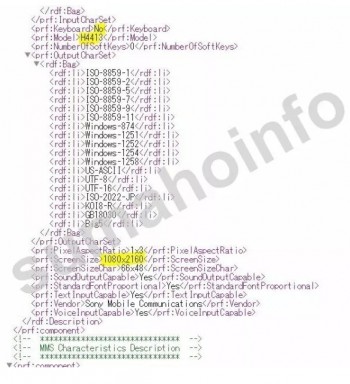 Sony is having an announcement at IFA in exactly one month, and some suggestions pointed to a new XZ-branded phone, probably an Xperia XZ3 with one camera. We might also see the Xperia XA3, which is in the pipelines too - it was recently approved by the Eurasian Commision.

Latest leak comes from China, where the Xperia XA3 popped up on TENAA. The listing does not reveal much about the device with model number H4413, apart from having LTE and arriving with Android OS, which is far from surprising.

If this indeed launches at the IFA press conferece, the new phone will arrive only nine months after its predecessor the Xperia XA2.

Although this is the second time H4413 appears in official documents, we are yet to see any specs of the device.

if it reduces its thickness to below 8mm, will consoder.

Agree. Many will take sexy-ness in spite of reliability and that is a big shame. It happens so much in other arias of life like relationships or love, that is why world is so lame nowadays...