Recently we showed you leaked hands-on images and CAD-based renders for Sony's upcoming Xperia XZ1, and now it's time for us to see another of the company's unannounced devices in all its glory. We're talking about the Xperia XZ1 Compact, which just received the leaked CAD-based render treatment. There's also the usual render video down below, make sure you don't miss that.

The Xperia XZ1 Compact has long been rumored to make its debut during Sony's IFA press conference on August 31. It should be joined by the aforementioned XZ1, but also the decidedly more mid-range Xperia X1. 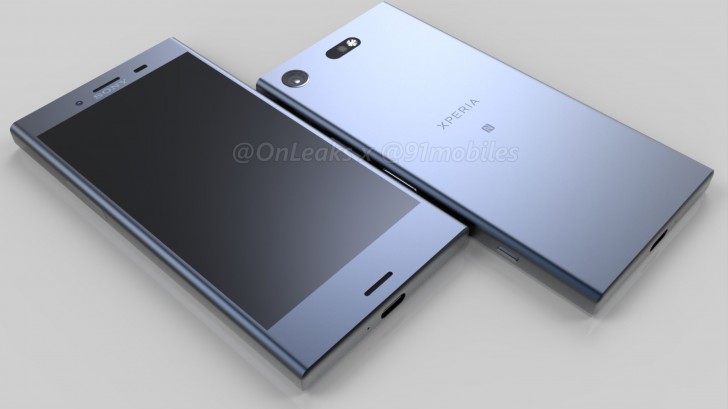 As its name implies, the XZ1 Compact will be small - or rather, it will have a small screen. With smaller bezels, it might actually have been petite overall, but Sony doesn't seem to be ready to give up on top and bottom bezels just yet. It's not alone in that respect, with the Nokia 8 unveiled yesterday also suffering from this pre-2017 condition, but more and more competitors are going the near-bezelless route.

It looks quite similar to the bigger XZ1, as you'd expect, but with more straight lines than that model. It's made out of metal, and front-facing stereo speakers are pictured. It has NFC on board and has been rumored to sport the Snapdragon 835 chipset, 4GB of RAM, and a 2,600 mAh battery. It will probably run Android 7.1.1 Nougat at launch.

Wow, I still prefer bezel like XZ1 compact it looks gorgeous and practical. Tiny bezel would be great but don't want a notch/punchole/pill to block on the screen.

This is a marketing hype, don't you know that? Okay, let's say everyone saying Notch and punchole are beautiful and what about you? How are you thinking!? Is it blocking/hassle your view? It is really upgrade your view experience? Or it is just marke...