Sony's designs have always been straightforward, simplistic, and easily recognizable. Until the Xperia XZ2 and XZ2 Compact that is. 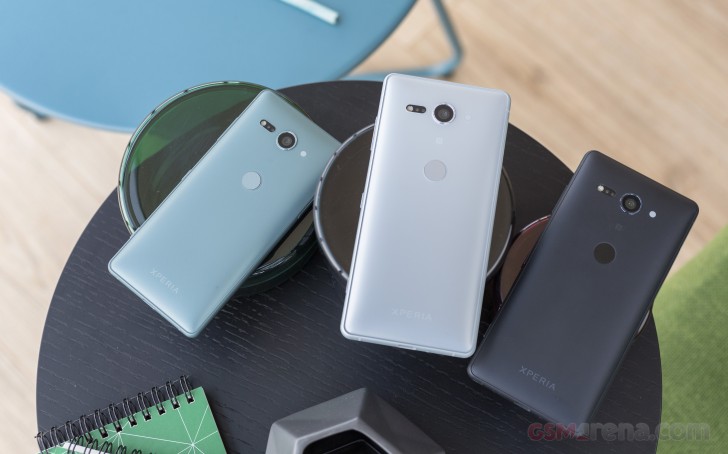 Well, to be honest, everything has probably started earlier this year with the XA2 series and their swollen-like backs. But now this shape has been named and put through Sony's PR machine for some positive spins. But is it working in favor of the XZ2 Compact?

Let's check the size first. The XZ2 Compact spreads at 135 x 65 x 12.1 mm, which is just 6mm taller than the previous Compact phones. It's slightly thicker due to the new design but noticeably heavier at 168g (up from 140g). 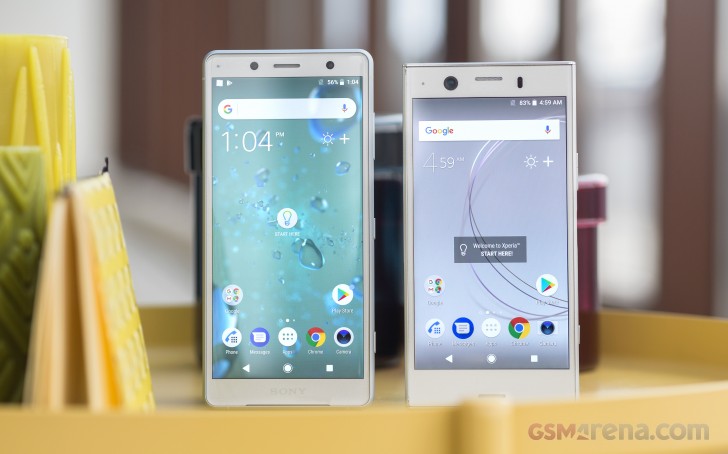 Sony Xperia XZ2 Compact next to the XZ1 Compact

To keeping the same footprint as before Sony trimmed the screen bezels a lot. The stereo speakers are here to stay, but the second grille is almost invisibly etched into the far bottom of the screen glass.

The curved metal frame meets the glass on the front or rather its 2.5D curved edges. 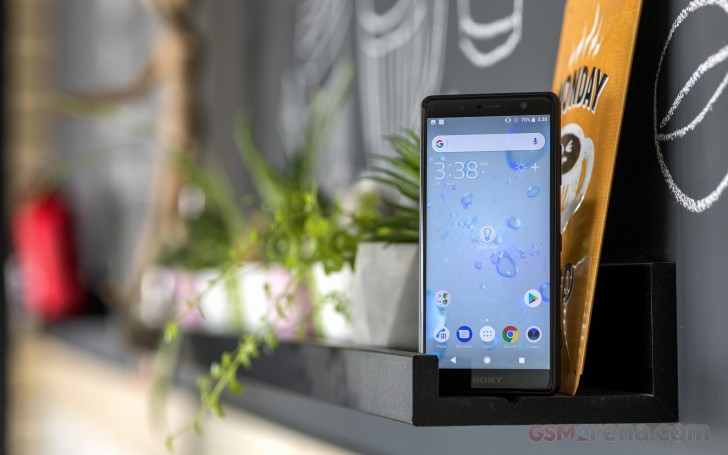 The XZ2 Compact has ditched the sharp edges for rounded ones. Now it looks more elegant and classy, in contrast to the plain and understated look of the XZ1 compact.

The fingerprint sensor has moved from the power key on the back, and it will be working for all markets, USA included. 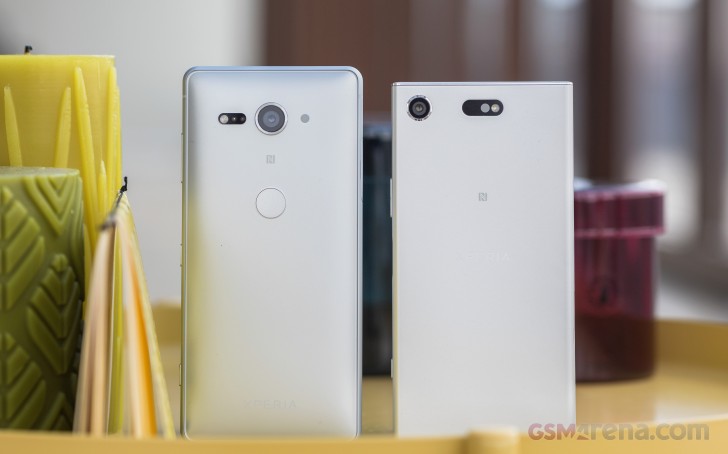 Sony Xperia XZ2 Compact next to the XZ1 Compact

Unfortunately, the analog jack didn't make it to the XZ2 series and is now officially retired. Sony explained this was done for the sake of the Ambient Flow design, but that doesn't hold much water, does it? Anyway, the phone ships with the proper audio adapter, but we are sure this omission will be a tough bite for the Sony fans.

No audio jack on the Xperia XZ2 Compact

The back is brand new - the ergonomic curve was shaped to fit nicely in hand - and it does fit as nicely as a tailored suit. While there were some concerns on how this new build will work for the bigger XZ2, it's a blessing for the Compact. 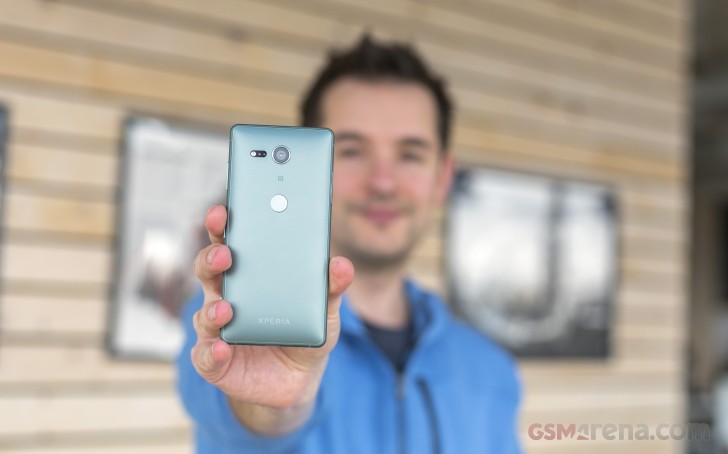 Both the metal frame and the plastic back have this so-called frosted finish - though truth be told, the frosted part doesn't look like one on the black color. Still, it works as supposed to - towards an overall care-free secure grip.

The Ambient Flow shape with the small footprint makes for one of the best handling experience we've had in a while. The XZ2 Compact is very easy to pick up from a flat table, has a secure grip, and there is no immediate danger of dropping as the sense of slipperiness is gone. 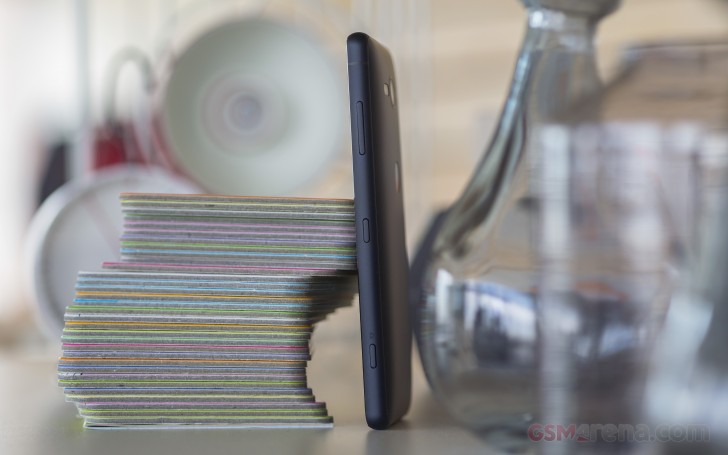 But as we said, not everyone is as happy with the new design as we are. Some were quick to render it, let's just say not cool, while others question its premium build and flagship-worthiness. We won't argue in favor or against Sony, as the definition of premium is different for each person.

But we can confirm the XZ2 Compact is of a high-end build and delivers on the promised sturdiness. The metal frame is thick, the front is a very nicely looking Gorilla Glass 5, while the frosted plastic on the back is just great on touch. 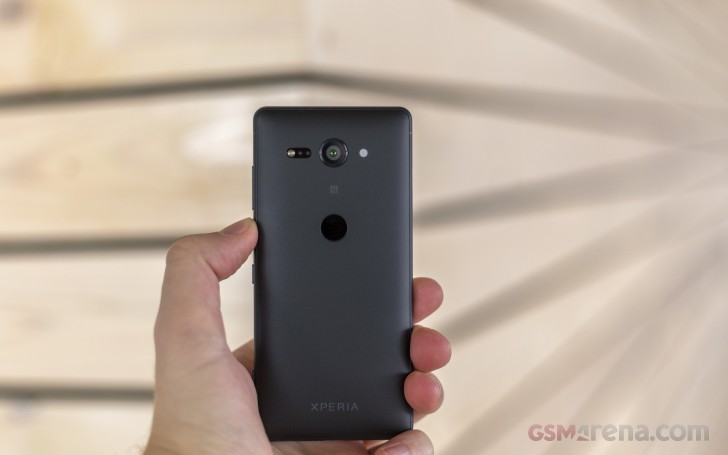 The Compact isn't as pretty as the bigger XZ2, the Galaxy S9, or the iPhone X. It still has a hint of the industrial designs from the past, which we've grown to appreciate more often than not.

So, the Sony Xperia XZ2 Compact doesn't have a breath-taking or futuristic design. Instead, it offers one of the most ergonomic shapes we've handled that feels just natural in hand. It's a no-nonsense water-proof shell with a personal touch here and there. And we think Sony has done an excellent job with this Compact, though we understand why it won't be everyone's cup of tea.

The XZ2 Compact is available in Black, White Silver, Moss Green, and Coral Pink. The black model is prone to fingerprints and smudges, but it looks as great as the rest of them.

That is one of the reasons not to get a note 10.