A month has passed since we saw the Sony Xperia XZ2 Premium on Geekbench running Android 9.0 Pie and now the update is finally rolling out. 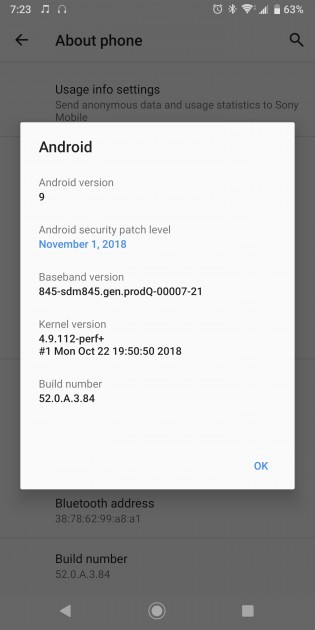 Screenshots from the System update menu

The build number of the new software is 52.0.A.3.84 and interestingly enough, it's just 210MB big. Like the other Xperia phones that got the update last week, the XZ2 Premium won't be getting the gesture-based navigation that usually comes with the Pie, but you can benefit from Xperia XZ3's camera UI. Supposedly, it can also improve the overall camera quality.

For now, we don't know what regions are getting the update, but if all goes smoothly it should go global pretty quickly.

Can you allow yourself to understand a metaphor? Have you ever used at least one device of Sony in a experienced manner? If not, get out of here indoctrinated face... It's about Sony's quality!

Can you comment on the differences like hows then new camera ui and is any feature missing that was available on 8.0 like themes or other stuff ?