Sony is having an event at IFA 2018 tomorrow and the rumors are pointing to an Xperia XA3 or Xperia XZ3 arrival. First, the midranger appeared on Geekbench, revealing a Snapdragon 660 chipset, and now the flagship made its way to the benchmark, posting impressive results.

The alleged Sony Xperia XZ3 will have a variant with 4 GB RAM and Android Pie, making it one of the first devices with the new OS out of the box. The phone will also have a tall screen with no notch and a single camera on the back, according to the latest leak with all color options of the phone. 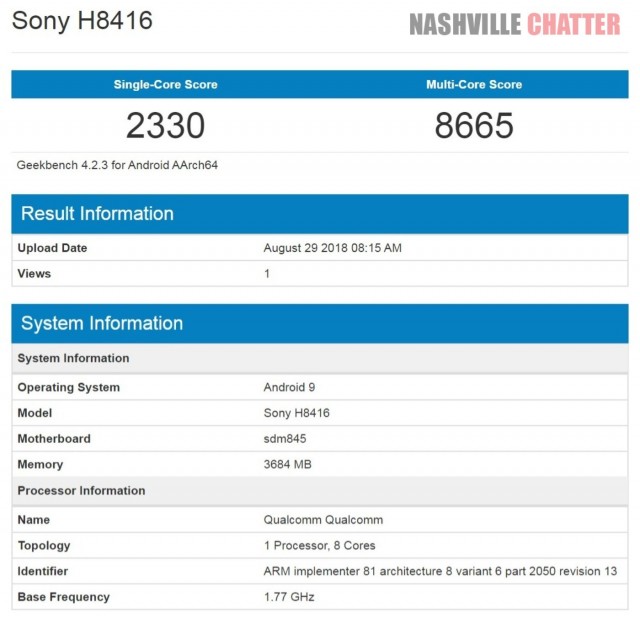 The announcement begins tomorrow at 1 PM CET in Berlin right ahead of IFA. We are already in the German capital and will keep you updated once everything is unveiled.

Who's crying now? Anyways what do you think comments section should be about? Looks like you such a pro :)

You think they have a laptop just because they bought a flagship device? Where's your evidence then? Yes, most of them would bought a microSD card. But the availability of a higher storage isn't widely available. You say 128GB storage is enough? ...

That's what I call on-point assesment. Sony always give best experience in the past and now it's gone. After Sony Ericsson pinnacle age, I can't stand any Experia series more. They always one step behind competition. I'm dissappointed because I still...