Update: Meanwhile, we can confirm that at-least some of those who pre-ordered the phone directly from Essential have started receiving notifications that their unit is ready, and will be shipped within a week.

Our very own Ricky just got the following email in this regard: 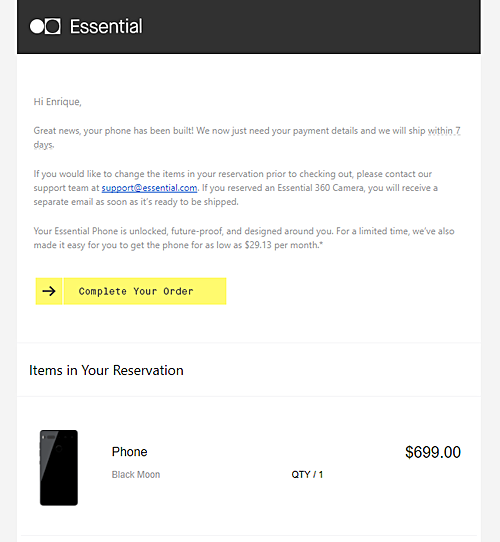 Last week, Essential promised to reveal the actual release date of its PH-1 smartphone "within a week." Well, that time frame is almost over, and we're yet to hear anything. Meanwhile, what we do know is that company is hosting a 'First Look Event' for the phone on August 25.

So it was natural to expect that the launch will happen after the event. However, that doesn't seem to be the case, at-least if you go by a leaked screenshot shared by a Reddit user. The image in question clearly reveals that Sprint will start selling the phone this week - August 18 to be precise. 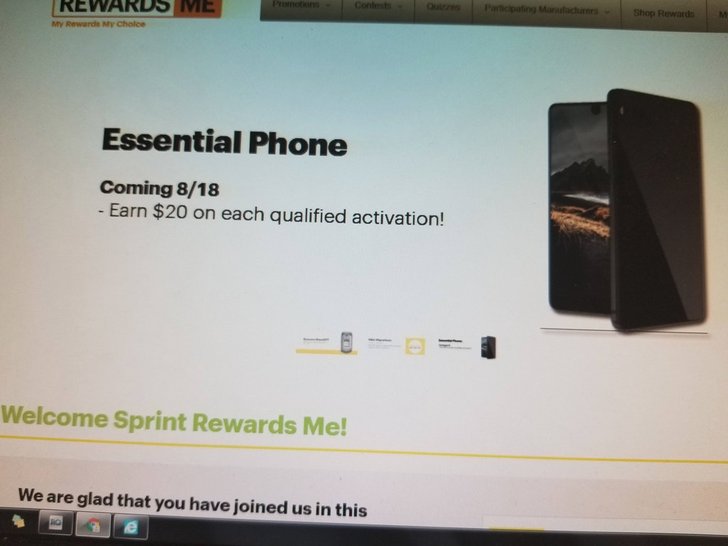 It could be that Sprint variants will go on sale first, followed by the August 25 event, and then the unlocked models will hit the streets. But that assumption isn't inline with what Andy Rubin himself recently confirmed: that pre-orders will ship first.

Whatever the case, the leaked screenshot seems legit. So, more likely than not, users on Sprint at-least will be able to grab a unit as soon as this week. Pricing information for the carrier model isn't yet known though. Unlocked model, in case you aren't aware, costs $699.

Essential Phone will get a firm release date within a week, the company announces

Essential now valued at over $1 billion, before phone goes on sale

This is not a phone made out of cheap aluminum, or uses a ludicrous curved glass screen, do you think that the only companies that make phones are Samsung and Apple, with your thinking we should only have one company and pay $2K for a phone. Monopoli...