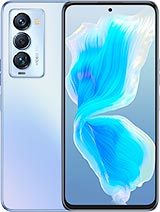 The reality of the matter is that the Camon 18 premier is a downgrade of the 17 pro. The only thing they have 'added' is the gimbal thing, refresh rate and AMOLED. Other than that the 17pro comes packed with so many features and is great value for money. If Tecno decides to take Camon series to that price range then it will be a disaster because they are competing with strong builds with the likes of Samsung, Oppo, Redmi and OnePlus. These are very strong models at a higher price range. Now Tecno is taking the Camon series which essentially have a ceiling price of about 270usd equivalent due to it's weaknesses. This is going to be a complete disaster. If you're going to push the Camon series to THAT price range then you better have a very strong build beginning with your processors. Essentially Tecno will soon be making phones with no customers.

The overall phone is a very good phone in this price range except for the chipset, they could've go with a snapdragon.... Except that the phone is awesome!

Anonymous, 25 Oct 2021I prefer camon 17 pro thesame features and even the selfie ... moreCheck, the processor once again bro

Dj Noble, 19 Oct 2021Infinix spec will be like 8Gb of Ram 128 Gb Rom and 5,ooo m... moreBetter Processor means better battery efficiency hence it only has 4750mah and will outlast the 5000+mah phones with weaker processors.

Heys is the camon 18 premier glass back or plastic back 🤗🤗🤗

Its cool from design to the ram

Gud phone,gud ram,gud display,gud design... Its just d battery will not last like d one of 6000mahh

I think the phone is awesome...
For d fact that it has that 8gb ram..I'm impressed..
They er pushing and they'll get there.

John Tezz, 11 Oct 2021I don't see the selfie camerait is there in top hearing grill