Tecno has a consistently growing smartphone lineup. The new Camon 19 Pro just dropped by the office for a full, in-depth review. The Camon family is Tecno's flagship line. It consists of phones with bigger displays and an increased focus on camera features and performance. The Camon 19 Pro is no exception, with an OIS-enabled 64MP main snapper with laser autofocus and a 50MP 2x telephoto camera on the back.

Tecno mainly targets developing countries, which is why it has a different approach to its smartphones than the mainstream makers. The Camon series bring large screens and batteries, with a good camera experience and satisfying performance on the cheap. The price is kept even lower thanks to pre-installed partner apps and baked-in ads within the interface. This might be a deal-breaker for some, but for others - a welcome tradeoff they'd gladly make. 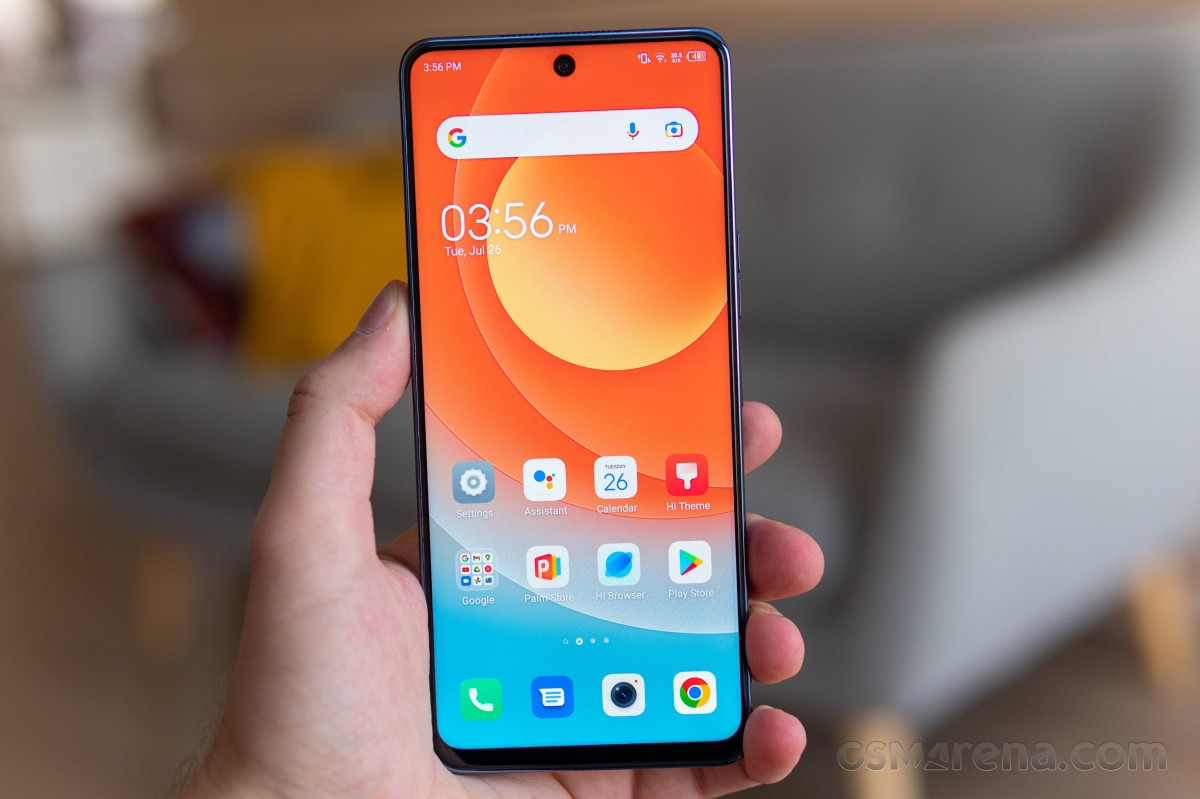 The Camon 19 Pro has plenty going for it beyond what we already mentioned. Its large 6.8-inch display has a 120Hz resolution. Though, unlike the Camon 18 Premier, it's just an LCD rather than an OLED. You also get a large 5,000 mAh battery with 33W fast charging and a decently-powerful MediaTek Helio G96 chipset. It should be noted that a Camon 19 Pro 5G exists as well. It is technically a different device, but it basically shares almost all of its specs with the regular Camon 19 Pro with a chipset swap to the Dimensity 810 5G. So, most of the observations we make in this review will also apply to the Camon 19 Pro 5G.

Another important point of clarification here is that the older Camon 18 Premier is not necessarily a great comparison point for the Camon 19 Pro. The Premier is a more expensive phone, allowing it to have some niceties like the AMOLED panel or the gimbal-stabilized 12MP ultrawide camera. We will do our best not to draw many comparisons between the two devices in the review.

Before we delve into the Camon 19 Pro itself, we should look at the retail package, which ticks all boxes. The box itself is a two-piece thick cardboard affair with a sturdy and eye-catching exterior with its two-tone design. The contents are very well protected with an actual plastic cradle for the phone itself. 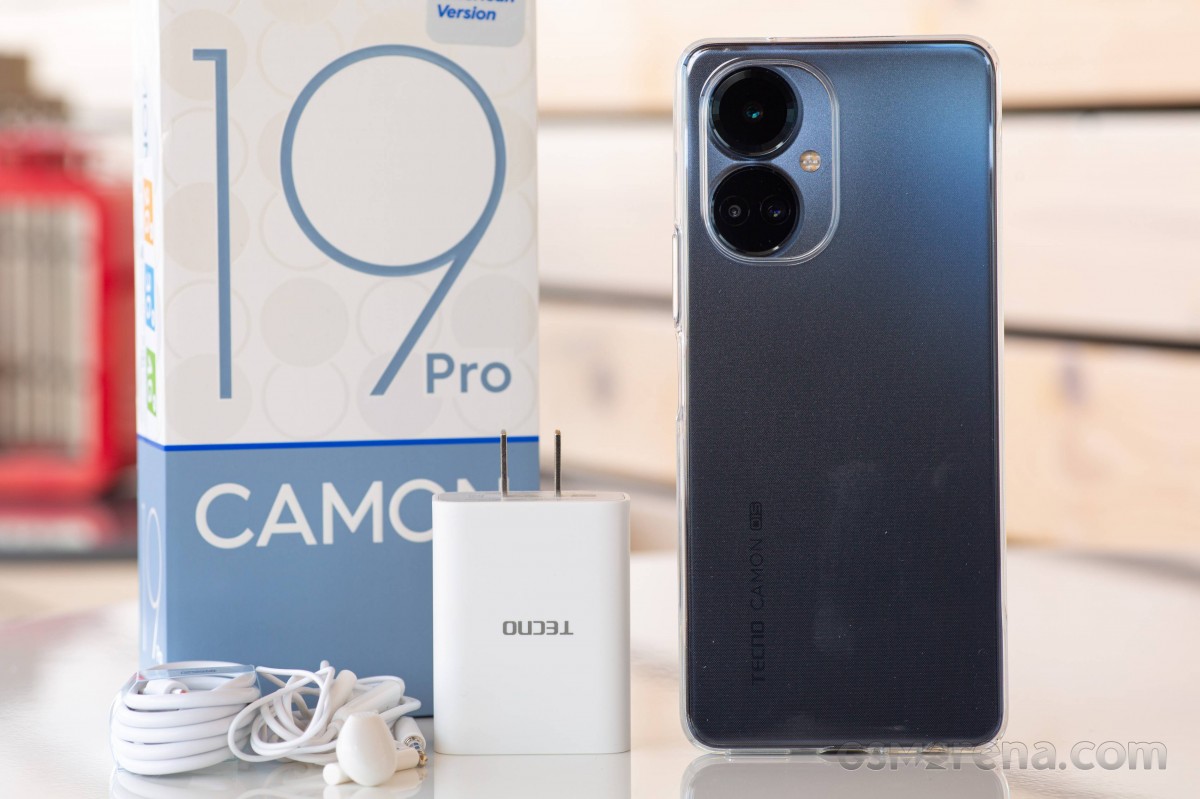 Tecno has always had a very rich accessory package. The bundled charger is a familiar affair for the brand. It is rated for up to 33W of output (5V@3A or 10V@3.3A). You also get a USB Type-A to Type-C cable in the box, rated for 3.3A. It is about a meter long and also wired for data.

There is also a nice pair of earphones with a mic ending on a 3.5mm jack. You will also find a soft transparent case that envelopes the phone and its camera island.

Finally, the Camon 19 Pro arrives with a thin protective film on the screen. Sure, it may not be as durable as a tempered glass shield, but it's not as cheap and smudgy as the ones we've seen pre-installed on some more popular phones.