The SM-N986U- that’s most likely the Samsung Galaxy Note20+ – went through the HTML5 Test and what that test reported is one strange screen resolution. It’s still in the 1440p range, that’s no surprise, the aspect ratio is more interesting.

The exact resolution is 3,096 x 1,444 px, which matches the numbers reported by analysts. Do note that the Note20 will have a 1080p+ display with the same aspect ratio as its plus sibling. 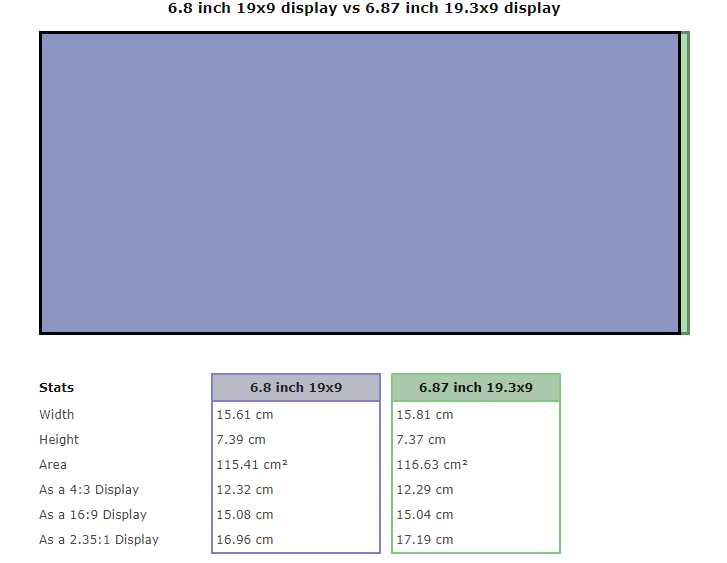 The taller ratio ties into the larger screen diagonal – 6.87” for the Galaxy Note20+, up from 6.8” on the Note10+. The end result is that the new screen will be the same width, but will grow 2 mm taller.

Of course, if you want a really large screen, Samsung will unveil the Galaxy Fold 2 alongside the new Notes in early August. That one will have a 7.7” display when opened will also support the S Pen (plus it will have a 120 Hz refresh rate to boot).

Analyst: the Galaxy Note20 and Note20+ will have 120Hz screens, there will be no Ultra

When we started trimming top and bottom bezels, manufacturers decided to fill that space with screen instead of making the device shorter. I think they don't realize how well a bezelless device with an aspect ratio of 16:9 would do.

Unfortunately, most people and tech reviewers will think that 16:9 is outdated. Not for me, I'll take 16:9 or even 18:9 over any of those inconsistent screen ratios all day long. I'm not ready to jump into the 21:9 bandwagon as TV series are still be...