The information comes straight from Samsung's own update roadmap, featured in the Samsung Members app.

It's a bit unusual for a Galaxy Note device to beat a Galaxy S device to a major OS update, given their respected market releases. But keep in mind that this specific roadmap regards a specific market, not all markets globally. Samsung Turkey's roadmap has the Galaxy Note8 and the Galaxy S8 and S8+ as in line for the Android Pie update in February. 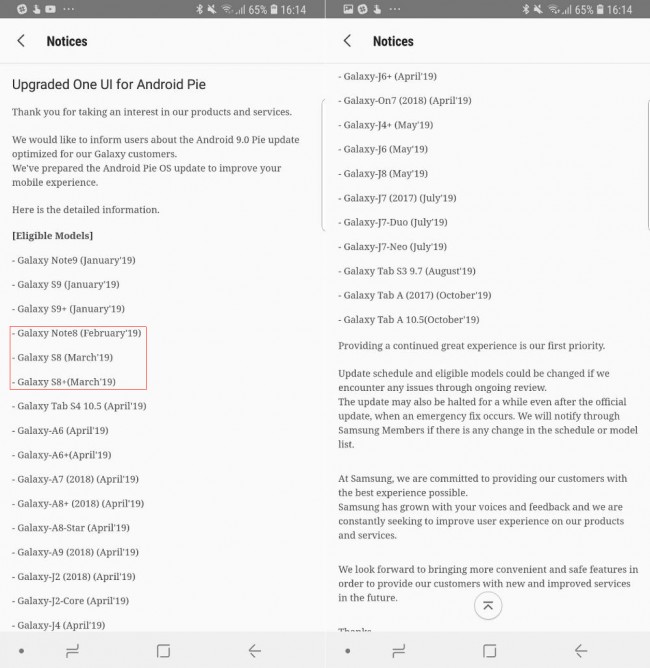 Meanwhile the Galaxy Note9 is currently undergoing its Android 9 Pie beta testing phase, but is expected to receive the final Android 9 OS update this month. The Galaxy S9 and S9+, meanwhile, received Android 9 at the end of December.

Samsung Galaxy Note9 will get Android 9 Pie on January 15

In Indonesia, Pie Update for S8/S8+ and Note8 release in the same time, February 2019, according to Samsung Members app

Well i was talking about phone at company state not with user manipulation.

If the S10 won't have the 3.5mm jack, I'm going for Sony again. My S8+ is cool, but too dam over-bloated with junk software and features I never use, while what's important (os updates, not security patches) arrive 1-2 yeas too late. Where's the j...