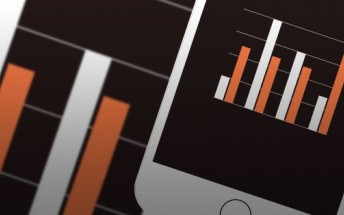 Week 16 didn't bring any big new names so understandably the list of most popular phones in our database hasn't changed much.

We still got a change in leadership, as the Galaxy A50 reclaimed its throne from the line topping Galaxy A80.

The Huawei P30 Pro retained third place, while below it the Redmi Note 7 managed to overtake the Samsung Galaxy A70.

The Huawei P30 lite, the Redmi Note 7 Pro and the fourth A-series phone - Galaxy A30 are holding station in sixth, seventh and eight, respectively.

At the foot of the table the Galaxy S10+ edged the Huawei P30 for ninth and we have the exact same set of ten phones this time around as last week - a rather rare feat in this dynamic market.

It wasn't even that they were jokes, they were just badly priced all the time

Now Samsung maybe taking serious for producing a good midrange phone in a budget price for now after Xiaomi and Huawei Gonna overtake his crown. Last Year was a joke to all of his midrange phone which is over pricey.

Heh, Samsung used to suck at mid-range. It's good to hear that they finally made a good one.