It is fairly easy to overlook Acer's budget offers, especially at an event the size of IFA. However, some of you might still remember the Liquid Z6 and Liquid Z6 Plus, that were showcased late last year. 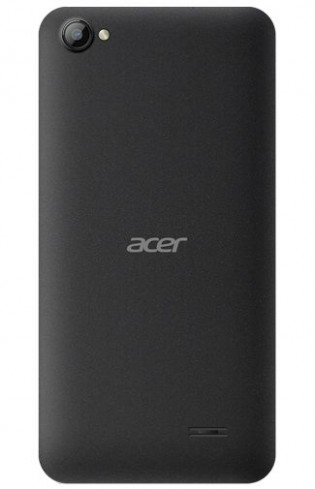 Both units already come with pretty tantalizing price tags, but the Liquid Z6E, spotted today on a few Dutch online stores, takes things even further. It is a toned-down version of the ordinary Liquid Z6. It still comes with a 5-inch HD display and a 1.3 GHz quad-core CPU, presumably on a MediaTek chipset. RAM is set at 1GB and there are 8GB of expandable storage. The only clearly apparent downgrade from the regular version appears to be in the camera department, where the 8MP main shooter has been swapped for a 5MP one.

Frankly, this was probably the only way to shave off a few dollars from what is already a pretty barebone device. Still the end result is a price tag of exactly EUR 100, or EUR 20 less than its sibling. That is the price many online stores in the Netherlands are currently asking for pre-orders and Acer confirmed it as well. Not too shabby for an ultra low-cost 4G smartphone, still good for casual Android use.

I like Acer, but they are not competitive enough in the smartphone business.

where I can buy Liquid Jade 2 ? Exactly - nowhere.