Upgraded Xiaomi Redmi 2A gets a price cut, to cost same as standard model

Shortly after it was revealed that Xiaomi managed to ship an impressive 11 million Redmi 2A units till now, the company has given the upgraded version of the device a price cut, which will be effective starting November 11. 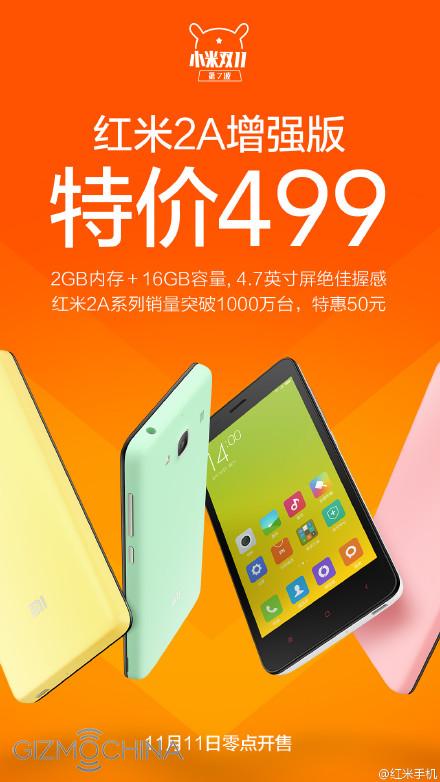 For those who aren't in the know, the upgraded model differs from the standard model in terms of RAM and internal memory - while the latter comes with 1GB/8GB memory, the former doubles the amount and comes with 2GB/16GB memory.

As for the price cut, the upgraded model will be available for RMB 499 ($78), which is the same price tag that the standard model carries. This means you will be able to get double the RAM and internal memory without having to shell out any extra money.

Shut up and take my money

Another thing is currently they just increase the price of Redmi 2 Enhance at my country(Malaysia) from RM399(Approximately $90 USD) to RM529(Approximately $120 USD), as I as I know that the Redmi 2A is better spec than Redmi 2 and not sure whether t...