Verizon has started pushing out a new update to Samsung Galaxy Tab S3 units on its network. Arriving as software version R16NW.T827VVRU1BRD4, it's a major update that brings Android Oreo. 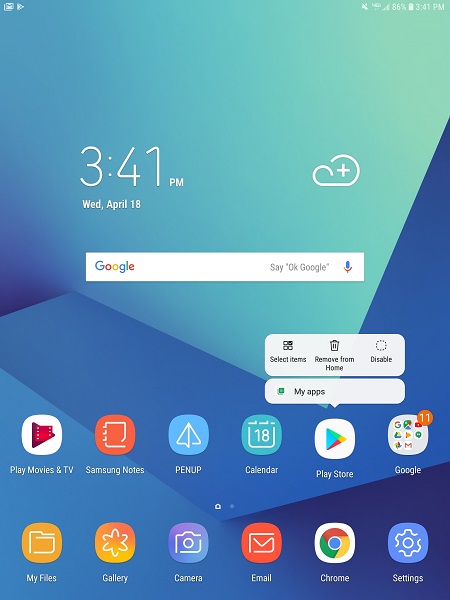 In addition to the usual Oreo goodies, the new firmware includes productivity improvement tools such as high contrast keyboard and the SmartThings app. Android security fixes for April are included as well.

The Galaxy Tab S3 Oreo update first started rolling out in the UK. It arrived in the US last week.

Battery life decreased :(( r3ported from users in xda forums.... do u experience same???

Got Oreo in Saudi Arabia