There are no less than six members of the vivo X60 series at the time of writing, and vivo isn't making it any easier, offering different handsets by the same name in China and the rest of the world. What we have for you today is the X60 Pro, in international spec.

The X60 Pro that the next few pages will be dedicated to, is powered by a high-end Snapdragon 870 chip, one notch below the ruling SD888. The phone has a beautiful 120Hz 6.56-inch AMOLED display that leaves little to be desired - adaptive refresh rate mostly, but that's hardly expected at this level. It's topped off by a triple camera system that features gimbal stabilization on the main unit, an autofocusing ultrawide, and a classic 2x tele that no one else seems to want to make anymore.

Going deeper in our attempts to clarify things, the X60 Pro here is not to be confused with the X60 Pro (for China), which has an extra periscope and an Exynos chipset, or the X60 Pro+ (this one is seemingly the same in and out of its homeland), which too has a periscope, but also the latest SD888.

If anything, the X60 Pro is most similar to the X60 non-Pro (global), which misses out on the gimbal action, and it's itself essentially a chipset better than its Chinese counterpart. Then there's the X60t, which is just like the X60 Pro, only with a Dimensity chipset instead of a Snapdragon. This is as close to clear as we can do in this much space. 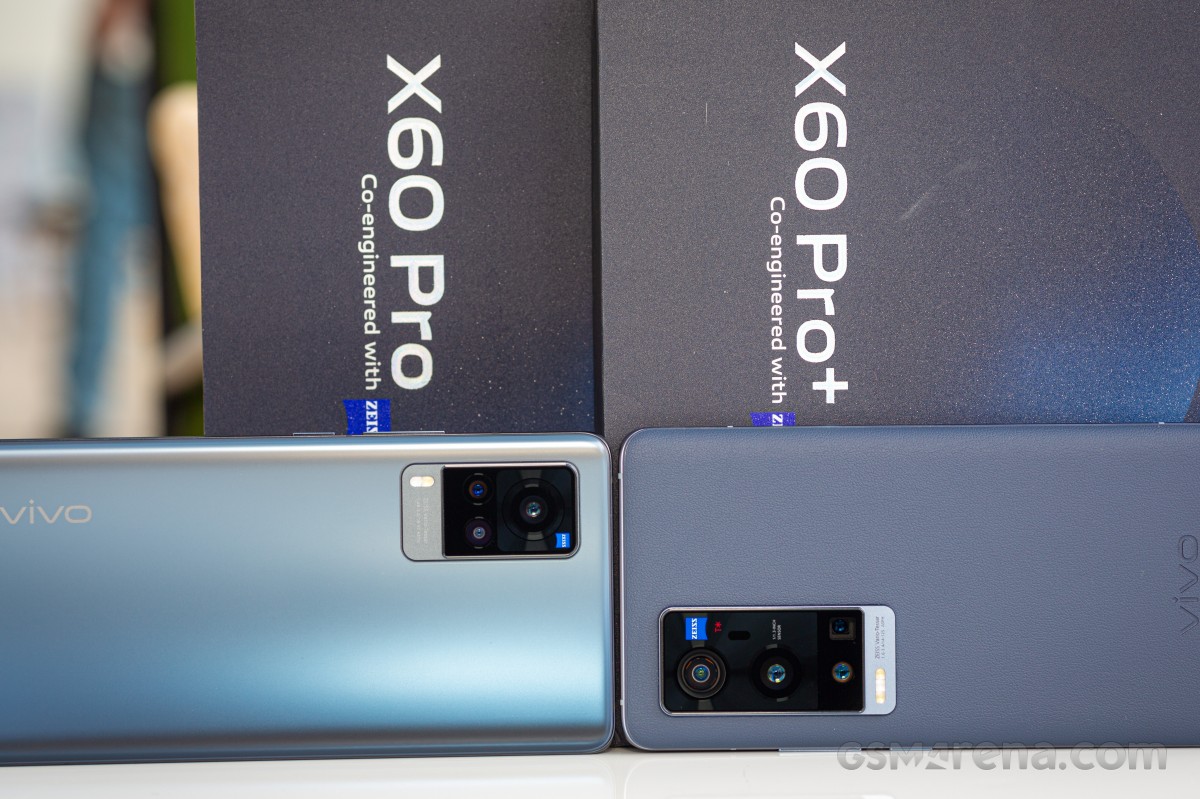 Repetition is the key to learning, so here's a rundown of the X60 Pro's specs once again, in a bit more detail.

You may note that, while not strictly small, the 4,200mAh battery is a bit smaller than what we've been getting lately. The 33W adapter should help keep it topped up quickly, however, even though we're wondering why the 55W charger of the Pro+ didn't make the cut. Knowing that the Pro+ doesn't have stereo speakers and, really, neither does any vivo but one, the single speaker of the X60 Pro is easier to swallow, if bitter still. Perhaps a pair of earbuds in the box could have made up for it?

The X60 Pro ships in a box that's fancier than most and well in line with vivo's previous premium efforts. It's a two-piece spread-out flat square painted in navy blue, with the model name printed in big letters, a likeness of a camera lens and the brand that's supposedly behind that lens, Zeiss.

In typical vivo fashion, there's hardly anything missing from the retail bundle - at a time where even chargers have become optional, this approach is welcome, right? Or wasteful? Who is to say. 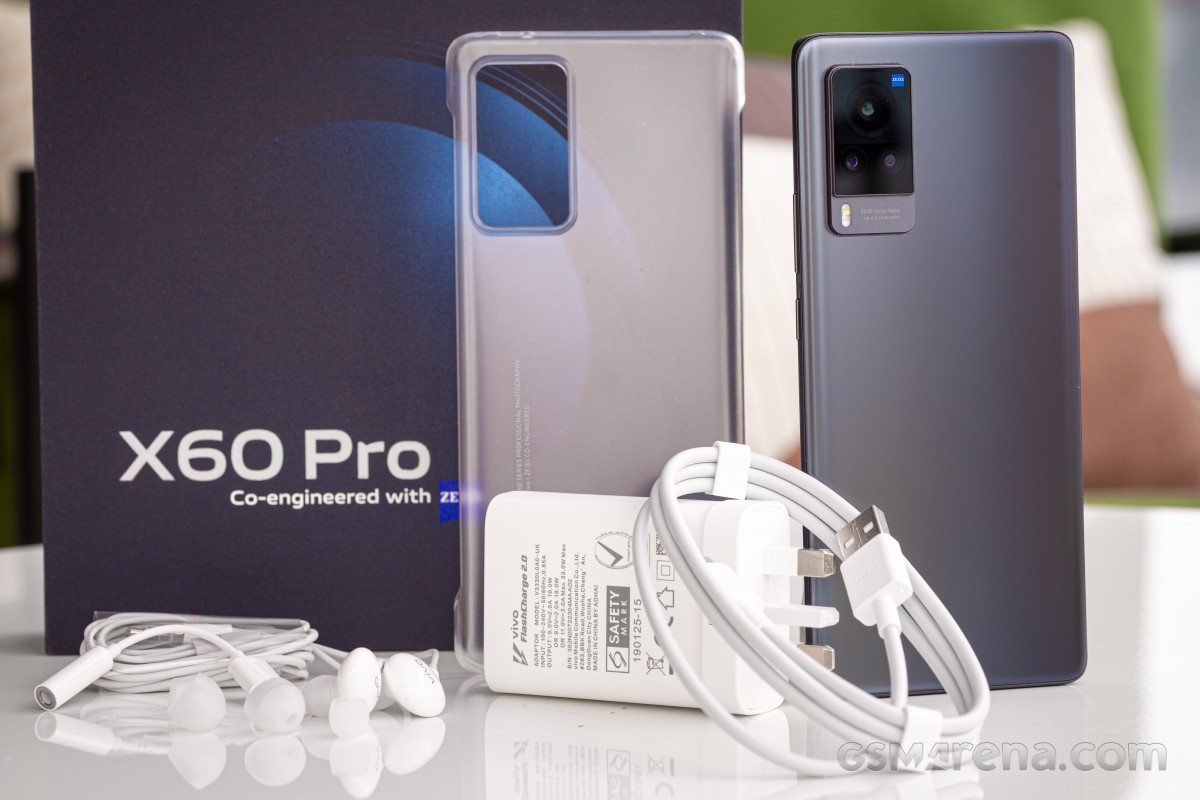 Anyway, right out of the box, you'd be getting a plastic snap-on protective shell, a headset that ends in a 3.5mm plug, a 3.5mm to USB-C dongle (because otherwise there'd be nowhere to plug the headset), and the charger and USB-A-to-C cable combo.

i bought my vivo v3max in 2016 and in 2018 i really wanted to throw it so badly. there is a very major bug, no update for android version some very bank app no longer work with it. and yes my mi 9 is cheap with many bugs, but i still can bear wi...

From my experience with my friends most people who criticize have actually used a xiaomi phone, budget to midrange but still xiaomi. 4/6 of my friends said they would not buy again. 2 want huawei, 1 samsung and 1 apple (I stopped them from buying an ...

Very true about the parroting part. These people jumping on the Xiaomi hate bandwagon are usually the ones that never used a new Xiaomi phones. They got influenced by 'influencers and paid reviewers' that have ulterior motive. I do believe ...