Realme just announced the 3 Pro and the C2 at an event in New Delhi, India. We had the 3 Pro beforehand and you can read the detailed review here. The C2, however, we only got to see now and we've got some initial impressions to share. 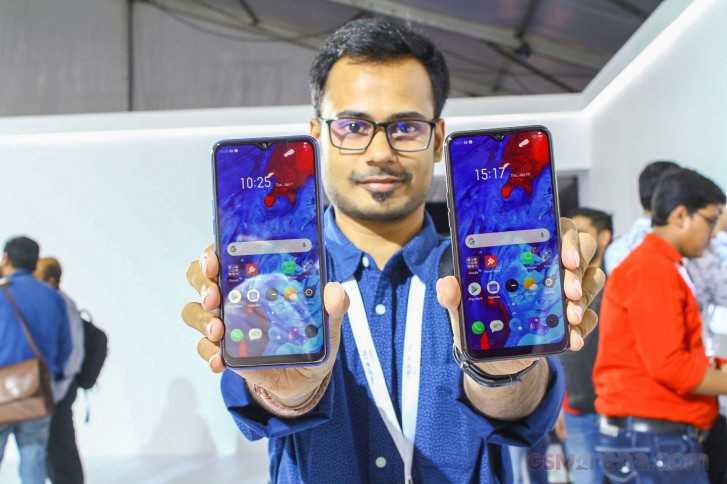 But first, a rundown of the specs.

We'd call that a rather balanced specsheet for the money. Perhaps a fingerprint sensor is the only notable omission.

For all its affordability, the C2 is a very nice-looking phone. The back has the same diamond pattern as the Realme 1 and Realme 2, but instead of the glossy plastic of those two this one is textured. 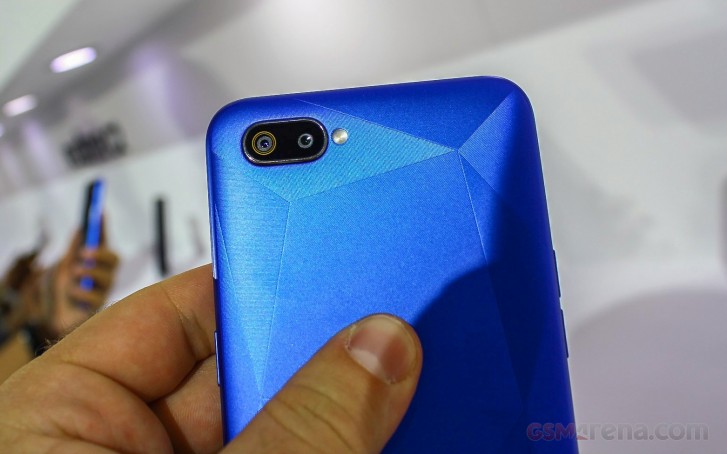 The texture is super grippy - it's been a while since we held a phone that offers such secure hold. It also has an almost glittery finish that sparkles when you hold it against the light. That is, the blue one does, the black option is more muted, though just as grippy. To each their own. 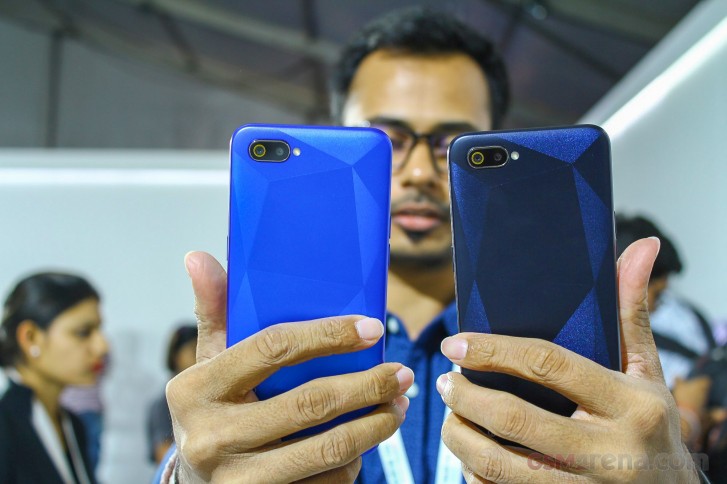 The frame doesn't have the same tactile finish - it's regular smooth plastic. The controls are the same as on the Realme 3 Pro - power button on the right, separate volume buttons on the left. The card slot is above the volume buttons and it takes two nano SIMs and a microSD.

The C2 charges over microUSB - no surprise, given that even the more expensive 3 Pro has the old port. Unlike that model, however, the C2 charges at a way more leisurely 5V/1A pace. That strictly means overnight charging, though we do appreciate the big 4,000mAh battery.

Realme C2 from all sides

The 6.1-inch display on the front is protected by Gorilla Glass 3 and is of decent quality. It's got a waterdrop notch that houses the 13MP selfie camera and reasonably-sized bezels all around - it has all the markings of a modern phone and not necessarily a budget one. 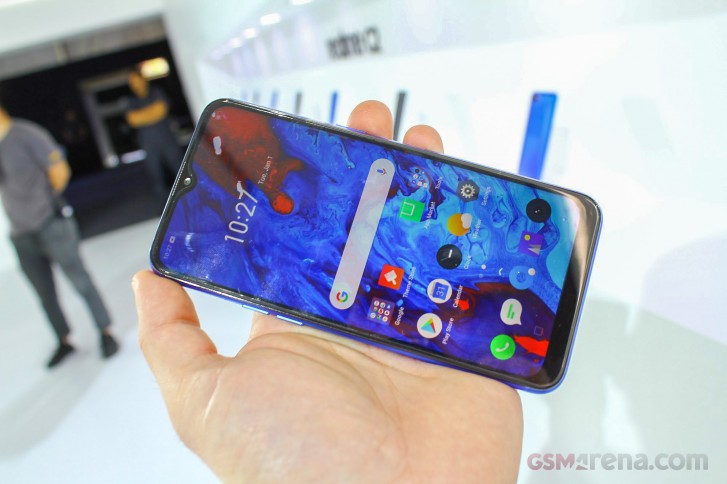 The phone boots the latest Android 9.0 with a layer of Color OS on top. It's version 6.0 Lite likely to account for the not exactly cutting-edge internals. Having said that, the Helio P22 inside the C2 is generally superior to the aging Exynos 7870 in the Galaxy M10, while the Redmi 7's Snapdragon 632 may have a more potent CPU, it's mostly a tie in the graphics department. 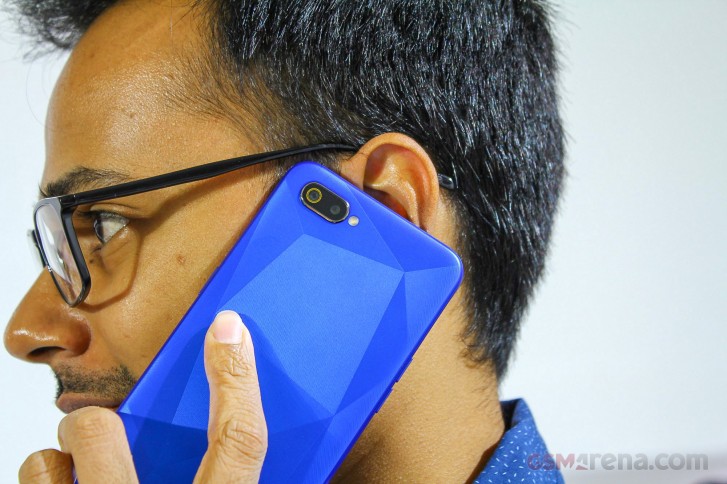 That's all we have on the Realme C2 for know. Once again, be sure to have a look at our review of the 3 Pro - another value offering from Realme.