Last week we asked you to pick the Best Android smartphone from the 2016 roster and the vote was very definitive - the Samsung Galaxy S7 edge is the fan favorite by a landslide.

The runner up is the HTC 10, which along with the S7 edge left all other phones in the dust. Including the smaller Galaxy S7, which was edged out by the Sony Xperia X Performance.

The next close fight was the Xiaomi Mi 5 and the LG G5, the Xiaomi came out on top eventually. It's bigger sibling, the Mi Max didn't, get as much love, but it did top the Huawei duo. 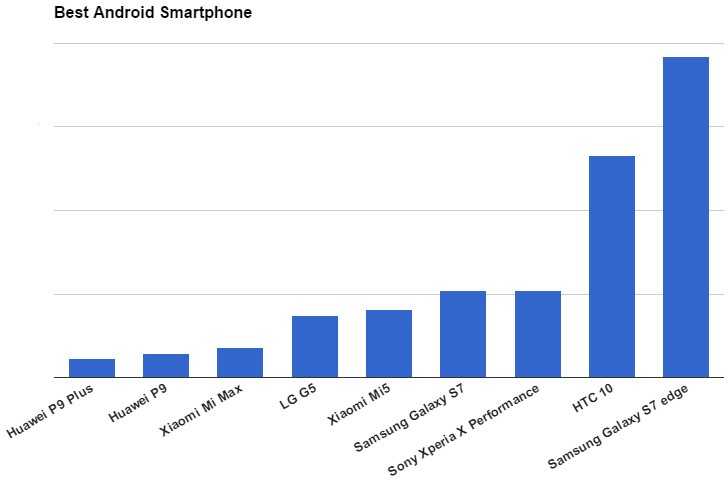 Great stuff from our Top 3. Samsung's rethink of its flagship line continues to pay dividends. HTC and Sony have managed to preserve the fan love during hard times, hopefully, they can transform that into sales of their own rebooted lineups.

As a Apple (iphone4)user previous and semi retired and income minimal presently, Samsung gave me one of the most powerful phones to renew our 2yr contract. The phone is not hard to figure out and has a lot of features that apple does not have at pr...

One last thing I would like to add is that the S7 and Edge have two versions. Exynos and SD820.. The exynos being the far superior choose to the SD820 in everything but GPU performance. They need to actually seperate the Exynos and SD820 versio...