No hard feelings, liquid crystals, but users just prefer AMOLED – over 60% of them. It’s hard to argue with such a dominant vote, but the second most popular option (by quite some distance) was the practical response “only quality matters”.

LCD and Quantum Dot displays both failed to capture a significant share of the vote. Still, LCD has the market inertia – most models up to this year used LCD, but that might change in 2018 (certainly will in the flagship segment).

This is not to say that AMOLED is perfect. The comments echoed the usual concerts – burn in, PenTile, color tint at an angle. Each generation of AMOLED made these less and less of an issue to the point where the best-rated screens on the market are AMOLED.

And this is with just Samsung pushing the tech forward, but in 2018 competition will increase significantly (LG Display, Sharp, China-based fabs). We're going to see much better screens in the next couple of years. 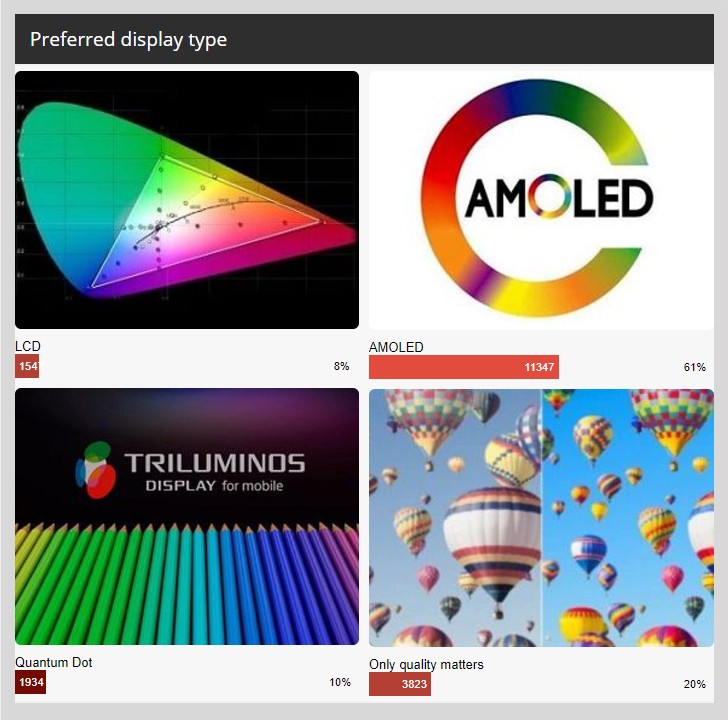 Weekly poll: which iPhone 12 model will have you opening your wallet?

No the comments section as the rest of the tech media is controled by apples money, they now want to sell amoled, sooo, now they are pushing amoled ,after years of decrying it.

Hey, 10-bit color depth and sRGB guarantees better color than whatever OLED or LCD people are arguing about...