Weekly poll: which Moto G7 model do you love?

The G6 generation was fairly conservative with 18:9 screens with fingerprint readers below them and chipsets that didn't cut it for a 2018 mid-ranger (the vanilla G6 had a Snapdragon 450!). That's not how you fend off Xiaomi and company.

Motorola's new Moto G7 quartet feels decidedly more modern - in fact quite competitive. We'll leave the details for the hands-on review, here we'll just focus on the key strengths and weaknesses because we worry these are too close in terms of specs and price to all succeed on the market.

The Moto G7 Plus is clearly the top dog in this family. It features a 16+5MP dual camera with OIS and EIS, plus a decent chipset - no Poco killer by any means, but the Snapdragon 636 is fast enough for daily use.

The new 27W TurboPower charger is almost as fast as OnePlus' 30W Warp Charge, but is better in terms of compatibility - QuickCharge 4.0 and USB Power Deliver 3.0 bricks work. The 3,000mAh battery is average, rather than impressive, though. 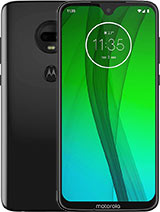 Same with the 3,000mAh battery - it is charged by the old 15W TurboPower brick. Did Motorola cut too much? The price can't go lower because here comes the...

Moto G7 Power is a €210 phone with a 5,000mAh battery and the same 15W charger as the G7. Admittedly, its 6.2" screen has only 720p+ resolution and the 12MP rear cam loses the stabilization options, which isn't great for a mid-ranger. But if you cared about the camera, you want the Plus model anyway. 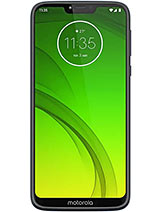 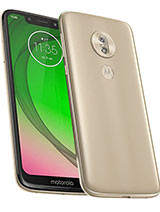 However, you drop down to 2GB of RAM, barely a step above Android Go. And while the battery has the same 3,000mAh capacity, it only charges at 5W. On the plus side, the rear 13MP camera offers 4K video (a great feature at this price) and the 8MP selfie cam gets its own LED flash.

So, can the Moto G7 Plus survive against €300 mid-rangers. Is there a reason for the vanilla G7 to exist? Is battery of the Power enough to overcome its otherwise middling specs? Is the G7 Play even a mid-ranger?

Time to vote for your favorite Moto G7 model - and you can pick several options as they occupy different niches. We've also given you the option of a vote of no confidence.

Yes, accepting that you are not infallible is just too hard. Blame eveyone else instead :-)

"You cracked the glass back of your phone because of your own mistake" - this is exactly what Motorola told me :-) Yes, it was a mistake buying Motorola phone.

The fact that you can't even google something is impressive, and yet you are really trying to talk down the IQ of those working at Motorola? And suggesting that I'm a bot? Man, some people. . . You cracked the glass back of your phone, and compl...