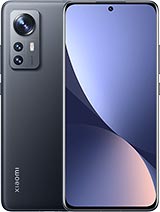 No jack - no buy... Yet again.Otherwise this is the SOC and camera sensor i want.Waiting on the moment some company decides to not follow stupid trends and pair those with a headphone jack.And don't even mention bluetooth,i actually value sound quality.And
a USB C DAC is inconvenient.

I am so glad that Xiaomi has decided to make a smaller phone finally!!!
The sizes so far were ridiculous, all above 160mm and now finally close to 150mm!
The screen size of 6inch is plenty so a case around 150mm is highly recommended.
The users who want a bigger screen can always go for Note and Pro versions...

Beautiful design, would prefer a flat screen instead of curved but I understand they gotta change stuff up each generation. Another preference is a fingerprint sensor located on the side instead of in-screen but all that is a minor complaint/personal preference...

The real complaint is price, it is significantly higher compared to last-gen Mi 11x. Xiaomi wants to be nr1 in global sales in 3 years and they can easily do that but they gotta cut prices. 11x is around 300e while 12x is around 500e, a cut of at least 100e for the entire series 12 lineup is necessary.

Mi 11x is a fantastic phone because of its price, 12x with its price comes closer to iphones and pixels and other brands' offerings and its impossible to steal their customers with same price... If 12x drops down to 350 euros, it could easily steal a lot of customers from other brands and could possibly be the most sold model in the whole world!

Once again, fantastic phone but the price is too high compared to its predecessor.

i was own three phones of LG

gringo, 29 Dec 2021Yes, you are right : i lost 2 devices from this brand (dea... moreExperience the same issue but they improved on their future phonea

I wish they kept the X model for a smaller more stripped version of the phone (they can keep the shitty ultra wide and the glass build and wireless charging, etc), but who am I to even dream of something like that I the age of mass production and no incentive to create a different assembly line in your razor thin margins business model

Anonym, 29 Dec 2021Are you talking about the same 3.5mm jack that still uses a... moreStill tat USB-C audio need to be somehow converted to analog signal to be audible. Does not necessarily meens that is superior technology.

YUKI93, 29 Dec 2021Spoiler alert: It never will. Wireless headphones and earbu... moreAre you talking about the same 3.5mm jack that still uses an effin analog signal and whose technology hasn't changed ever since the last millennium? Because that "technology" cannot evolve without breaking compatibility with existing audio equipment, queuing-in the flood gates of the same crybabies that cannot cope with USB-C wired audio.

Yes, their specs are really good ... but build quality is unknown and a high risky business .

You have been warned !

they still can't explain the high amount of dying phones, i have no idea about it....
force users to change motherboard & after that facing with it again....stuck on bootloop.

reminds me story of moto edge & edge+...ppl even with getting new phone & change it for third time they still was facing with screen issue(rainbow)

So glad I opted for the Zenfone 8 instead. That's a compact flagship done right: better main lens, superior UI, less consumptive screen resolution, better dimensions for single-handed use, AND A HEADPHONE JACK.

zeljko, 29 Dec 2021Too long. The last sensible phones were Samsung A40 and Goo... morethe android device that u r talking about is
BALMUDA PHONE

Too long. The last sensible phones were Samsung A40 and Google Pixel 4a. I wish someone make a phone that is not longer than 14 cm, with an edge-to-edge screen, and not too thick.

Atleast 12x must have had headphone jack

selling in china for first time