Xiaomi is announcing the Mi 9 flagship tomorrow, but it appears the company has no time to spare. Yesterday, it announced some key specs and features on its social media pages, and today it shared even more of those.

The Xiaomi Mi 9 will have a dedicated Google Assistant button on the side, improved UI with Night Mode and Dual GPS feature for better positioning in crowded cities. 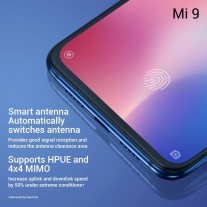 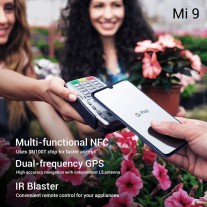 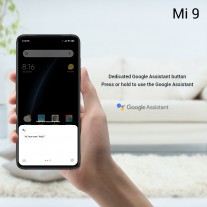 The series of announcements started with introducing the updated wireless communications. There is a new NFC chip and it will bring the dual-frequency GPS, using the L1 and L5 interchangeably, whichever fits better for the purpose. Xiaomi omitted the IR blaster in the Mi 8, but now it makes a return for “convenient remote control for your appliances”. There is some logic into bringing it back - after all Xiaomi bets a lot on its Mi smart connected ecosystem.

The UI is also getting better. There will be a dynamic wallpaper that will change color and shades of the object throughout the day. You can also pick a more colorful Always-On display with customizable patterns. The MIUI 10 will also have Dark Mode throughout most of the Settings and system apps - Xiaomi says it reduces power usage by 83% under full brightness and 50% under half brightness. 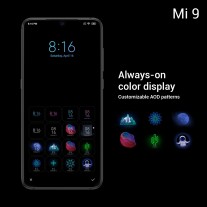 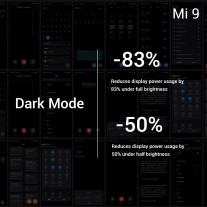 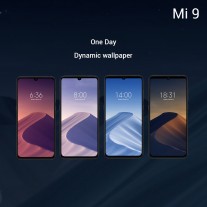 The button on the side for Google Assistant is a nice add-on, following the trend Samsung started and LG, vivo, followed. Since Google services are banned in China, domestic units are likely to launch Xiao AI - Xiaomi’s own assistant. The company is also bringing automatic smart antenna switching and the phone will support 4x4 MIMO which is a given with the latest Snapdragon chipset.

We know pretty much everything about the device and all that is left is to follow tomorrow’s official announcement and learn more about its global availability and pricing at the MWC 2019 global launch.

Transparent Xiaomi Mi 9 to be named after Alita: Battle Angel

but they ditched everything else. :-( No SD-card slot, no audio jack, no optical image stabiliser... Why did they even bother?

You better skip this phone because Mi flagships have a lot of bugs. Im coming from Mi Mix 3. Better choose Poco F1 or wait for the F2. Though you will be sacrificing the camera quality, you can always use the right Gcam port to improve it. Gcam in Mi...

How would one get this phone in america?