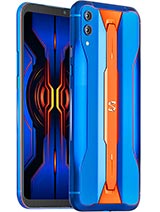 The Biso Sound effect sucks. How do i fix that?

im hoping to this device to update their O.S

Does it still have the same notification problem?
When you turn off the screen, then after +-15min ish it force closes all your application and you cannot receive any notification (including chat notification like whatsapp, etc.) until you turn it back on and open the apps manually again.

So satisfied in getting this. No regrets upgrading from Pocophone:

Performance: Noticeable difference from Poco, both in speed and graphics. Try to play Asphalt 9 (just a sample) and you'll notice the difference.

Display: After 2 years of using IPS, now switching back to AMOLED. Colors are pretty much close to IPS. But it has the option to go for those punchy AMOLED colors. Viewing angles are excellent as expected from a Samsung AMOLED display. Oh, and it has the option to increase frame rate when watching videos.

Audio: Front firing, dual stereo speakers. Loud and clear. No worries holding your phone from the side, or attaching the game controller/s. No audio jack though, but there are good bluetooth headsets already out there. There's a dongle if you wanna stick with wired which I haven't tried since I'm on Airdots.

Camera: Decent enough for selfies and regular shots. Not its strong suit but you can always install Gcam. Again, its a gaming phone.

Battery: Same as my Poco hehehe. Same 4k mAh battery, but its consumption is very commendable considering this has...

OS: JoyUI, not MIUI (contrary to popular opinion). Near stock Android Pie. No fuss, no muss. Oh, and disable that damn pill thing. Stock launcher sucks, but you can always install a 3rd party. Those who bought from other retailers say China ROM has been getting a regular dose of updates vs Global ROM, which this phone has. But I already got one update hehehe.

Connectivity: For some reason, this has more stable signal my Poco. It's probably because this has Band 28 ðŸ¤”

That's pretty much it... Oh the bling bling LEDs! Love it! Did I already mention about it? ðŸ˜…

How to flash this phone if software brick? Any developer?

CTH, 22 Nov 2019Don't buy All Friends because Xiaomi supports for black sha... moreIt has global version. My country has it officially, but is tied to telco package, has the official Google Play Store.
Of course, this is common problem with Xiaomi's smartphone where they only made these low priced high specs smartphone at some country region, not available globally, that is why it is not made to support global network.
My unit are global version with very clean and stockish UI, no ads at all. It is just another gaming phone in the crowd that is worth checking if has official presence.

CTH, 22 Nov 2019Don't buy All Friends because Xiaomi supports for black sha... moreofc! black shark is not part of xiaomi or sub brand of xiaomi.

Don't buy All Friends because Xiaomi supports for black shark 2 pro is no good. Now I am using BS2 pro. I don't like it. It has Chinese version only. Xiaomi don't care for BS2 pro. It isn't worth price.

Anonymous, 30 Oct 2019A gaming phone with no 3.5mm jack, that's real intelligen... morewrong, size matter if you're gaming using a phone. The heavier the phone, the easier your hand will get tired

yitzy, 18 Oct 2019for twice the priceWhich again proves that Xiaomi phones are nothing good. There is always something about their phones that suck compared to others, due to cost-cutting.

Even for budget gaming flagships, the Black Shark 2 Pro loses to phones like the ZTE nubia Red Magic 3S, which costs slightly less and has way more features including a 90hz screen and headphone jack.

Anonymous, 20 Oct 2019Dude you get a 240Hz displayIts only 240Hz touch sensing, meaning that you won't have input lag.