Xiaomi officially confirmed that it will unveil the Mi 11 Ultra and Mi 11 Pro at the March 29 “mega launch”. The Ultra (believed to have a model number M2102K1C) went through Geekbench, an early tests of its Snapdragon 888 chipset.

The phone had 12 GB of RAM, though we expect other capacities will be available too. As for the Mi 11 Pro, the phone should be largely similar except without all the experimental hardware that will be in the Ultra. 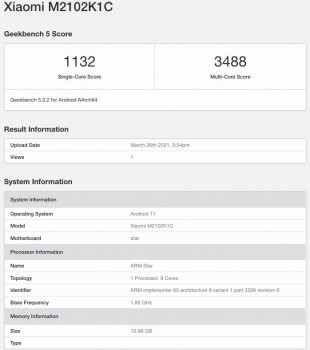 Earlier today Xiaomi revealed that the Ultra will have a new chip (with a yet unknown function) and a silicon-oxygen anode battery. Apparently, this is the second generation of battery technology, the first generation was used on the advanced Mi Mi Alpha.

This battery technology will enable faster charging. Both the Mi 11 Ultra and Mi 11 Pro will have 5,000 mAh batteries with 67W fast charging (using a GaN charger), so we will see a head-to-head comparison between old and new battery tech.

Xiaomi officially confirmed that the Ultra will feature the large 1/.12” GN2 camera sensor, the Pro likely will as well. The two are expected to have periscope lenses and a small display on the back. CEO Lei Jun posted this image of the Mi 11 Pro retail box, but unfortunately it doesn’t reveal much. 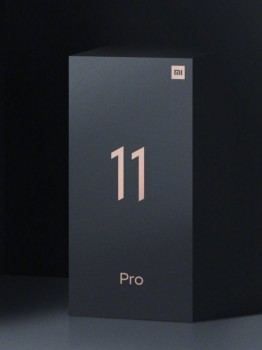 The March 29 event (Monday) will bring the new members of the Mi 11 series – Ultra, Pro and Lite – and a brand new Mi Mix to boot (rumor has it that it will be Xiaomi’s first foldable phone).

I'd like to see the Geekbench results vs the 'China only' geekebench variant that was used before. Then we should put other brands in both tests to see how they stack up against each other.

Don't bother with the explanation... The guy thinks 720g is more powerful than 730g/732g since they have same cortex A76 architecture.

I would rather buy the device with Chinese rom, I always rooted my windows phones to Chinese roms/builds