Announced less than a month ago and selling like hotcakes in its homeland, the Mi 8 is Xiaomi's latest top model. What happened to the Mi 7, you ask? Well, it's the company's 8-year anniversary, and it must be celebrated.

Looking at the Mi 8 and the Mi 6 side by side, it makes even more sense. You'd expect more contemporary design from the team that brought us the original Mi Mix and lead the way in minimal bezels, but the Mi 6 wasn't remotely that. Well, with the Mi 8, Xiaomi is back on the right track.

That means a 19-ish-to-9 tall screen with a notch like everyone else has. However, there's an infrared face recognition camera in there similar to what only a select few Galaxies can boast. Sadly, this regular Mi 8 doesn't get the Explorer edition's 3D face mapping and its under-display fingerprint reader - only a regular rear-mounted one for the vanilla model.

The two share cameras though, and they come straight from the Mi Mix 2S - a dual pixel 12MP primary cam and an extra 12MP one for 2x zoom, not unlike them high-end Galaxies. No high-end Galaxy has had a 20MP front-facing camera, but this Mi 8 does. 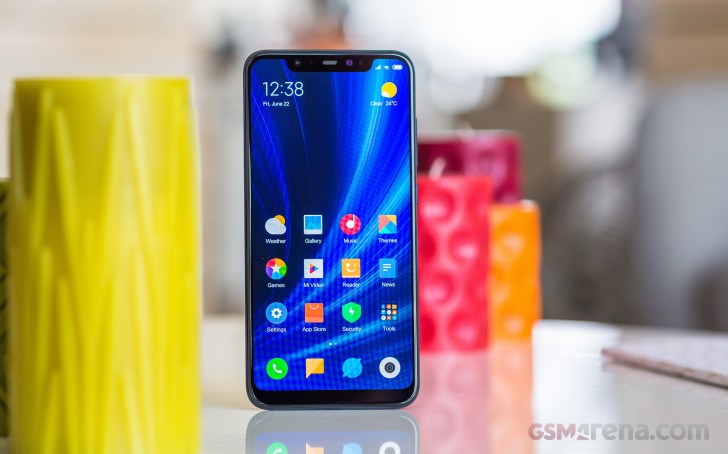 The Mi 8 is big when it comes to positioning - it's the first phone to support the L5 band of GPS signal, supposedly making it that much more precise in dense urban environments. We'll see about that, even if it's not strictly a Hong Kong skyline we have here.

The rest is pretty standard for a 2018 flagship - Snapdragon 845 goes without saying, there's 6 gigs of RAM on board and your choice of 64, 128 or 256GB of storage, the 3,400mAh battery looks about adequate, and the Android version is 8.1 Oreo (as if it makes that much of a difference with MIUI on top).

Built-in storage may be plenty (or at least borderline sufficient for the 64GB version), but a microSD slot for expansion is always welcome, only there isn't one on the Mi 8. Not cool. Under the same category we'd file the lack of a 3.5mm jack, though it's not like we were expecting one - Xiaomi had already scrapped it for the Mi 6. At least they're still bundling a dongle. What else is in that box now?

The Mi 8 comes in a black box with a large '8' centered on the top. A smaller box full of leaflets sits above the phone, but there's also a case in it - a dark translucent soft silicone one. The USB-C-to-3.5mm adapter is in here too. 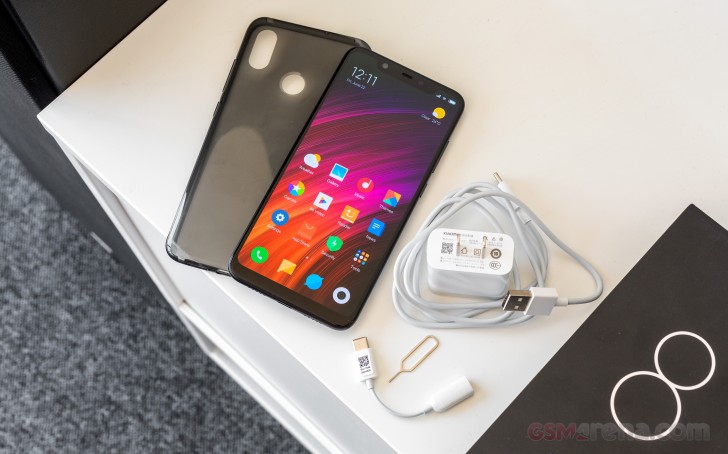 Then comes the phone itself and underneath it - quite a substantial QuickCharge 3.0 power brick and a USB-A-to-C cable. No headset, but that's how it's always been with Xiaomi phones.

OMG thats genius! Cos its newer, its better! WRONG. No. Choose a phone based on your needs.