The Xiaomi Mi Max has received an official price cut in China. Starting tomorrow, all variants of the handset will be available at a discount of RMB 200 (around $30) in the Asian country. 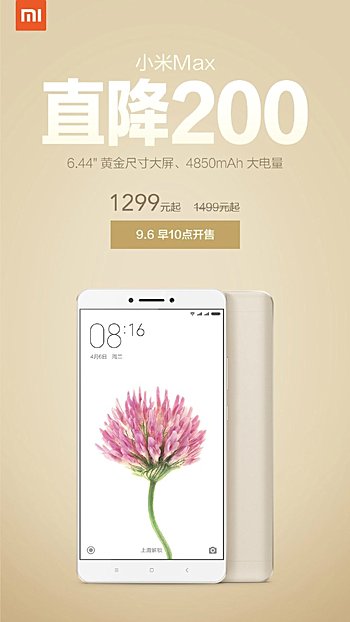 This mean that, for example, the Mi Max model with Snapdragon 650 and 3GB of RAM will now be available for RMB 1,299 (around $195), down from its usual price of RMB 1,499. The discount will be available on purchases made through any official Xiaomi store in China.

The device, which sports a mammoth 6.44-inch display, was made official back in May this year. The company recently revealed that it managed to ship a total of 1.5 million units of the phone in just two months.

If you dont need big screen the go for redmi note 3. Motog4plus has last years processor which is slower than the processor on note 3 or max. Also g4+ is more expensive than note 3.

The sensor is Samsung ISOCELL...