Once a prop for the communicating devices in sci-fi flicks, today the edge-to-edge screen has become a must-have feature for any flagship smartphone. It was Xiaomi who made the first steps in this direction back with their original Mi Mix phone a year before Apple came up with their notched iPhone X. The Mi Mix 3 proves once again that nothing is impossible and delivers a truly bezel-less screen with a twist (or rather, with a slide).

The Xiaomi Mi Mix 3 has achieved one of the highest screen-to-body ratios a smartphone can have right now, sharing the top spot with the Honor's Magic 2. To get rid of the chin that stood in the way of perfection, the maker moved all the essentials on a slider. This means the dual-selfie camera, its LED flash, and the earpiece are all on the mechanical slider. 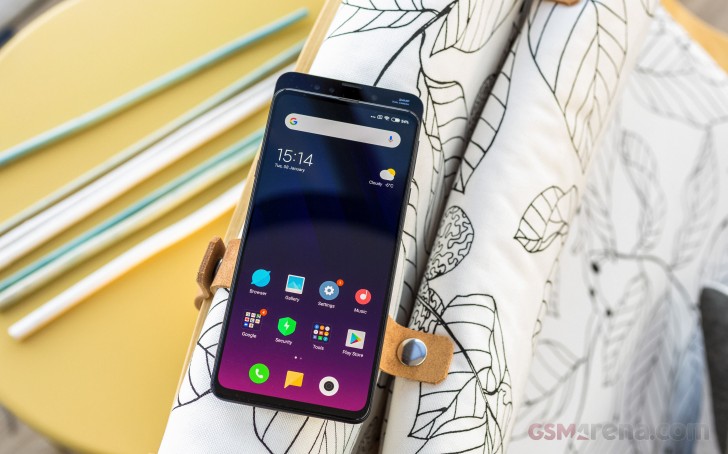 Because of this slider you can fully enjoy the 6.39" Super AMOLED screen, notch-less and well, almost bezel-less. But that's not the only eye-catcher you'll see on the Mix 3. Xiaomi has made the phone's shell from bent ceramic and polished aluminum, and that's quite a stunning combo.

The Mix 3 comes with the latest available Snapdragon 845 chipset coupled with either 8 or 10 gigs of RAM. Xiaomi has confirmed a model with Snapdragon 855 chip and 5G modem is in the works but is yet to be officially announced and will surely cost more. 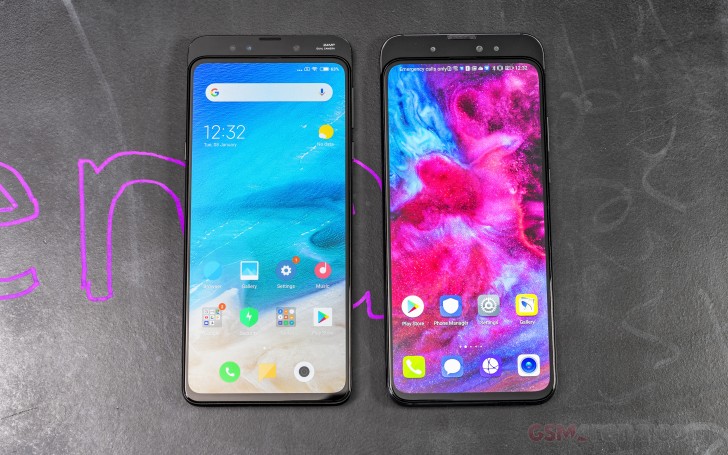 The Mix 3 has an impressive dual-camera setup on the back - it's the same pair we saw on the Mi 8 series with 12MP regular and telephoto snappers and 4-axis OIS, but on the Mi Mix 3 you also get the newly developed Night mode for better low-light shots and 4K at 60fps video recording.

The selfie experience has been vastly improved since the previous Mixes, probably thanks to the available space in the slider. Another dual-camera is on selfie duty, with a 24MP main snapper and 2MP depth sensor. There is also a LED fill-flash to help in low-light situations.

Another upgrade over the Mi Mix 2S is the added support for 10W wireless charging. The battery has shrunk a bit though - it's now 3,200 mAh in capacity, 200mAh less than on the 2S.

There is little missing on the Mix 3 specs sheet, with the most notable absence being the water-proofing. Then again Xiaomi has never had an IP-rated phone before, so even if it weren't for the slider, the Mix 3 would have still been prone to water damage.

The Xiaomi Mi Mix 3 retail package is nothing short of impressive and that's how any company should treat its flagship phones. The Mi Mix 3 is bundled with an 18W charger and USB-C cable, both white. 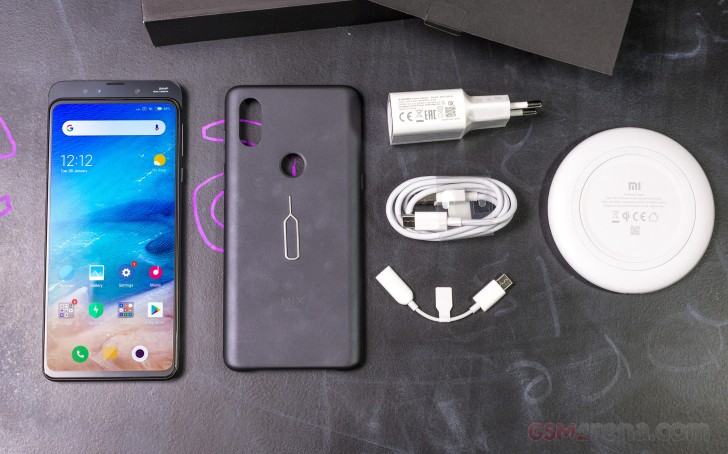 There is also a very thin plastic case and USB-C-to-3.5mm adapter inside the big black box.

But that's not all. Xiaomi also bundles one very compact 10W wireless charger, so wireless charging is no longer an extra. And you won't have to choose which charger to put in your luggage as both are petite in size. 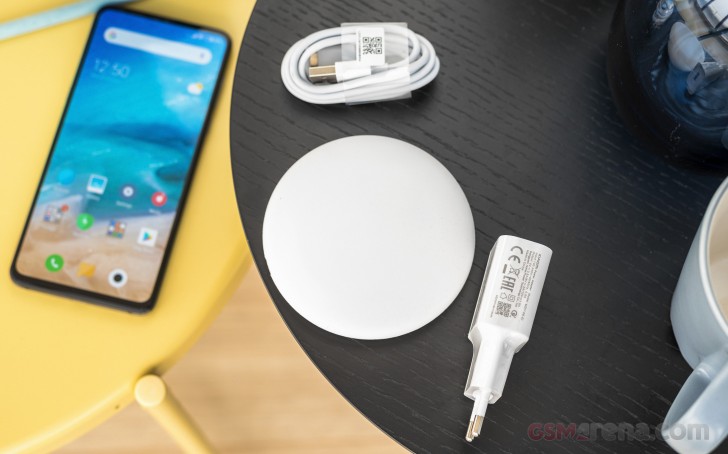 Sure, the Mix 3 box omits headphones, but looking once again at those contents - we think we got more than what we expected.

Lmao what. How is this a failure. You get a 24 mp front camera with portrait camera individual. You get two high megapixel count cameras on the back with up to 4K 60fps recording. You get a slider that has Face ID immediately when you open it, with o...

Does the mi mix 3 have a dual camera mode? ie. Picture-in-Picture, front and back camera recording.