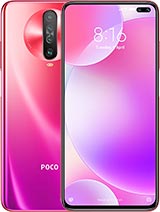 Has anybody actually used PocoX2? is there any battery problems or general problems with it?

Anonymous, 11 Feb 2020it soooo useful phone for just 224$ but it tooooo big for ... more& of course with Super Amoled + indisplay finger
the indisplay finger on this series mi9t & mi 9 lite works good & its not like laggy delay fingerprint on mi a3 ( will get worser if used glass protection )

sebastian2bay, 28 Jan 2020Bro they already said that this is not the successor of the... moreIt's not true. There's an article with the main guy at poco online. There's no pocophone coming down the horizon with a Snapdragon 855 or 865. Qualcomm have simply made the chipsets too expensive. The F1 was just a once in a lifetime thing. With the new Qualcomm Snapdragon flagship CPU supporting 5g, the price is much higher. A phone like the pocophone F1 at around 250-290 euros is no longer feasible. This is why they're trying to big up gimmicks like 120hz refresh rate and a huge 6.67 inch screen. It's a disappointment. It'll sell but you could buy a meizu 16t for less than the Poco X2. That phone makes sense. Running the Snapdragon 855 but made huge compromise on the camera which I hear is garbage.

Redimi k30 5G is better than this

[deleted post]Yes realme is filling their rearview mirrors with the realme X2 which enters the $200 most valued Xiaomi price segment, they needed something better than the note 8 pro but cheaper than the realme X2 (which means punch holed LCD screen and failed bend test out of cheap plastic midframe).

Unhappy that Xiaomi apparently is exiting the "flagship killer" - killer segment, I would have preferred to see an improved Mi 9T rather than this cheap phone but realme and the cheap people it seems they are going to make this impossible.

MeKurdy, 10 Feb 2020Bruh yall trippin this phone is gonna dominate the marketiPhone XR is the top world seller for 2019, don't know how is that possible but it is. Maybe this year ridiculously looking 208 gram tablets supposed to be phones will win the race who knows.

Bruh yall trippin this phone is gonna dominate the market

Sqeze, 09 Feb 2020Haha - you realize that the resolution is better than an Ap... morethey are risking their quality to win the price competition

Anyone remember people complaining last year about the K20/Mi 9T Amoled screen or the popup camera? Maybe they reasoned that some blue light and two holes on the screen would be better for their customers.

Have anyone read about this phone 120Hz screen stuttering while in 120Hz mode? Probably because the 730g simply don't have the horsepower to handle the 120Hz.

I wonder why they made this the "Xiaomi" Poco X2 if Poco is now an independent brand.

Poco X2 VS realme X2, realme Is an overall better than Poco X2. Poco hasn't dedicated SD card Plus 2 Sim and no Amoled Screen. I hope Poco brings another model with 765 Qualcomm, Amoled screen and dedicated SD card memory with the rest characteristics of Poco X2