The Redmi Note 9 series wasn’t available in China until now, but the series arrives with a bang. The new Pro model costs the same as last year, CNY 1,600, but the difference in hardware is massive. While that’s a very affordable price, Xiaomi also unveiled the Redmi Note 9 with 5G for CNY 1,300 and one with 4G for a flat CNY 1,000.

The Redmi Note 9 Pro 5G and Note 9 5G will be available in China from December 1. We’ll have a closer look in a second, but first here’s how the phones compare to their predecessors. 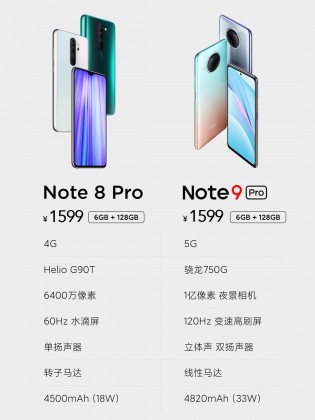 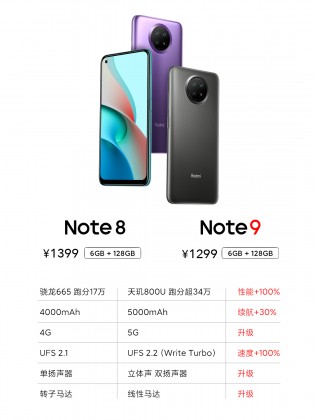 The titular function of the Redmi Note 9 Pro 5G is enabled by the Snapdragon 750G chipset and its X52 modem (same as on the S765G). Storage is UFS 2.2, which Xiaomi says is twice as fast as UFS 2.1 used in the previous generation.

The new model features a 6.67” screen with 1080p+ resolution and 120Hz refresh rate. It’s an adaptive display that offers 6 different refresh rates ranging from 30Hz to 120Hz. Touch sampling runs at 240Hz to boot. The front and back are guarded by Gorilla Glass 5.

The camera is a major highlight of the phone. The main module is built around the 1/1.52” ISOCELL HM2, Samsung’s third 108MP sensor. While its smaller than the HM1 used in the S20 Ultra (that’s a 1/1.33” sensor), it supports the same 9-in-1 pixel binning tech while the first Xiaomi models with a 108MP camera did to 4-in-1 binning.

The effective pixel size goes up to 2.1µm (up from 1.6µm on the HMX sensor). That combined with Dual Native ISO and a new night mode, the phone should offer noticeably better image quality in the dark. 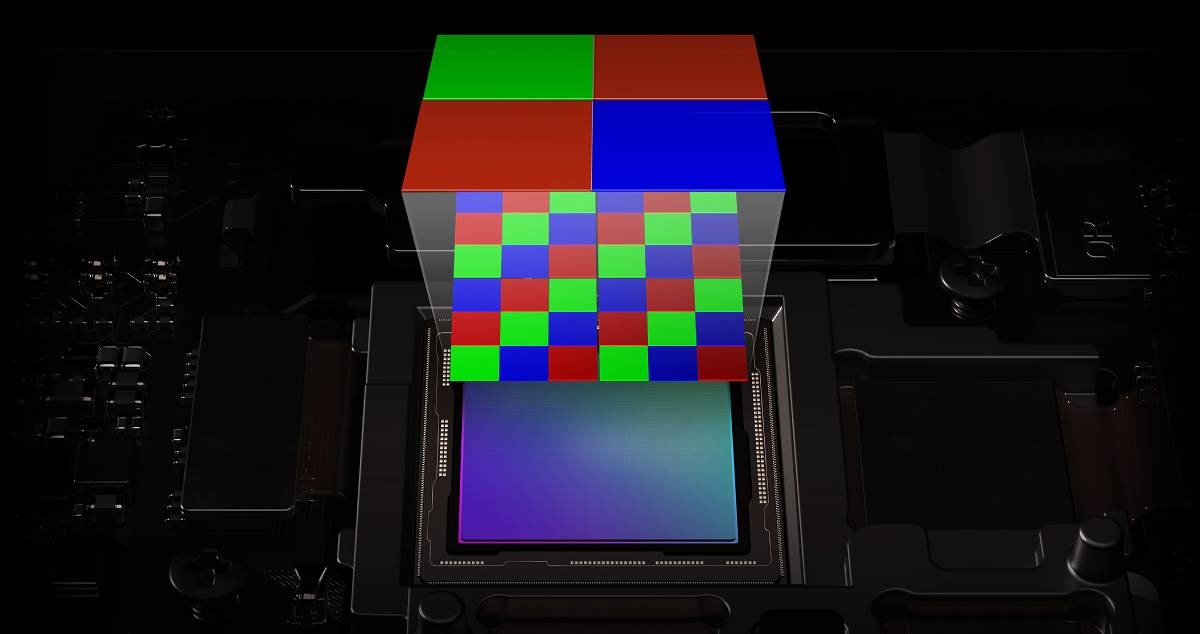 The quad camera on the back also features an 8MP ultrawide cam (120°), a 2MP macro shooter and a 2MP depth sensor. There’s no telephoto cam, but the high resolution main sensor can do lossless digital zoom up to 3x. The selfie camera has a 16MP sensor.

There are no less than 11 antennas spread out around the phone to ensure a good reception of 5G signals, Wi-Fi and Bluetooth. 5G aside, connectivity includes NFC and an IR blaster. There’s also a standard 3.5mm headphone jack along with stereo speakers (plus a Z-axis linear motor). 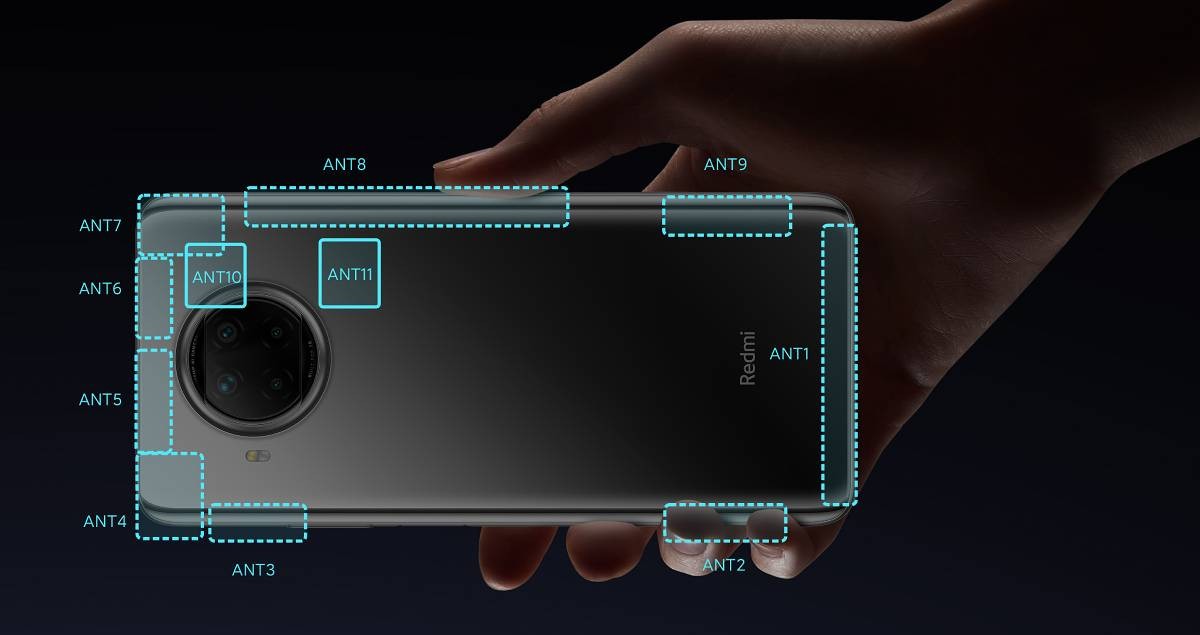 Redmi Note 9 5G is powered by the MediaTek Dimensity 800U chipset, which proved to be quite competitive with Qualcomm’s 700-series. Xiaomi’s ad materials claim that the 800U is twice as fast as the Redmi Note 8 chipset. The storage is UFS 2.2, which is 100% faster than the storage in the old phone too.

The phone has a 6.53” LCD with 1080p+ resolution and a standard refresh rate. It can bring its brightness down to just 1 nit for night time viewing and is TUV-certified for low blue light emissions. Gorilla Glass 5 is again the protection of choice for the display.

The phone is powered by slightly larger 5,000mAh battery, though charging speed has been parred back to 18W (the retail package includes a 22.5W charger).

Like the Pro, this Note 9 version has both a 3.5mm headphone jack and stereo speakers, a the linear motor too (for better haptic feedback in games). The 360° antenna coverage is accomplished with 7 antennas around the device.

The Redmi Note 9 4G switches to a Snapdragon 662 chipset, but gets to keep the 128GB of UFS 2.2 storage that is featured in the 5G models. RAM starts at 4GB, but this is the cheapest phone of the three.

And yet it has the biggest battery, 6,000mAh, while the weight stays just under 200g. The phone comes bundled with an 18W fast charger. With moderate use, the battery should last you a bit over two and a half days. Xiaomi is estimating that the battery is good for 1,000 charge cycles or 4 years of use. 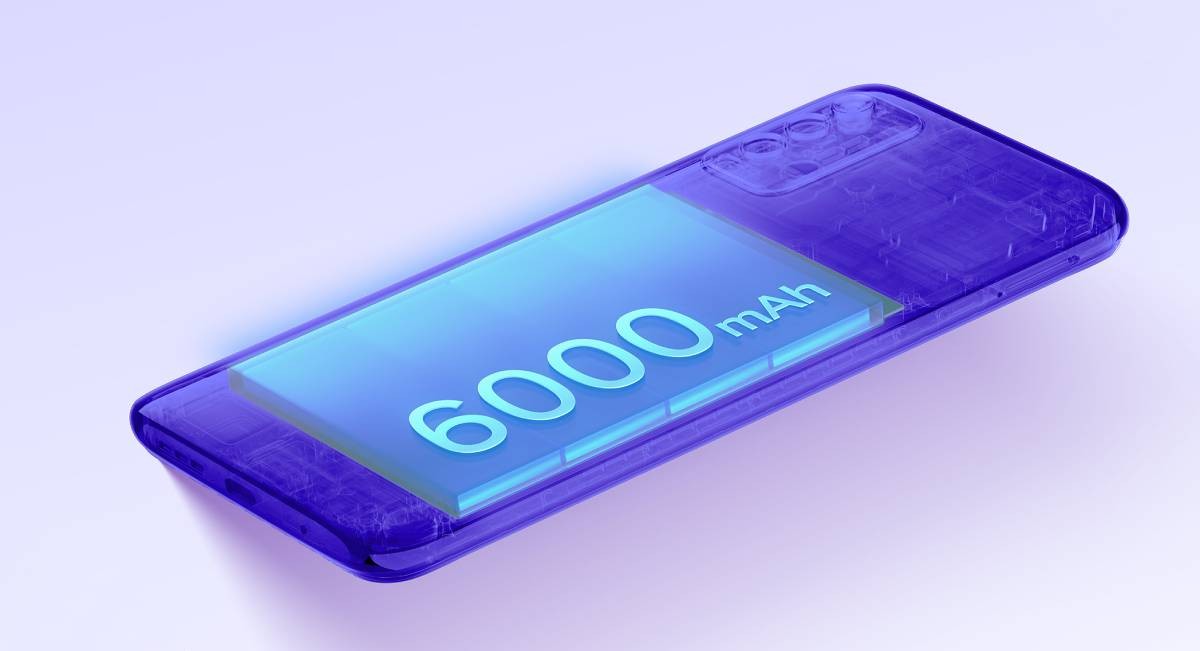 The triple camera on the rear is similar as well, starting with the 48MP main module (1.6µm pixels after binning). There’s also an 8MP ultrawide (120°) camera and a 2MP depth sensor. Note that video recording is capped at 1080p/30 fps. Also, the 8MP selfie camera is inside a notch instead of a punch hole in the display. 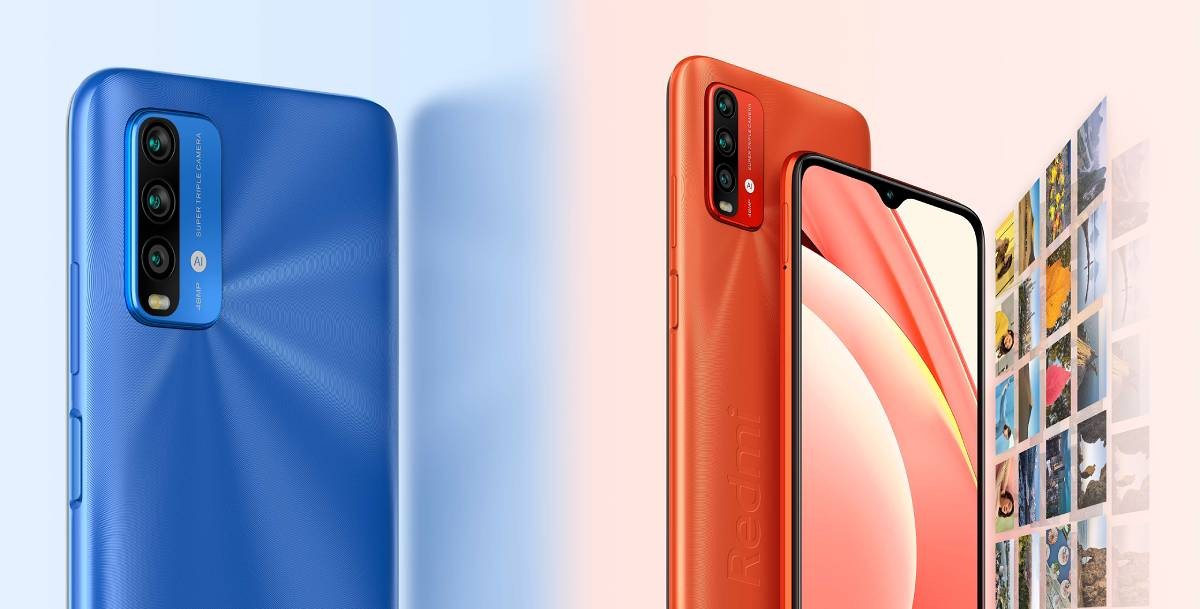 Like the other two, this model features a 3.5mm headphone jack and stereo speakers. There’s no NFC, however.

u can tell the difference in low light environment and if u use dark mode a lot.. even movies look much better on amoled, the contrast look way better.