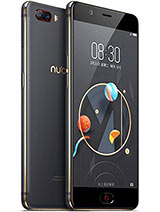 Billy, 14 Jul 2018Oh and despite the fact that this update has only just been... moreAlthough I'm aware of the M2 stuck with 6.0, I bought the phone a month ago for €135,00 and don't regret it for a second. Very snappy and the overall build is simply amazing.

Nicky, 09 Jul 2018Downloaded the latest Chinese ROM for this phone, V2.06 29-... moreOh and despite the fact that this update has only just been released, it's only security patched up to March 2017.

The last Global version which was released last December is patched up to July 2017.

Lack of updates from ZTE/ Nubia is going to lose them sales to Xiaomi.

Farhad, 13 May 2018Hi everyone, I have problem with notification and the terri... moreUndo battery saving mode..it won't kill apps thereafter

Work is still being done on the Lineage ROM though but not quite stable yet I don't think.

Im planning to buy nubia m2 or vivo.which one is better for a long term use???

I don't understand why Nubia/ZTE is holding an offcial update to atleast Android 7.1 Nougat. There must be many users who are waiting for an update now in 2018. What a shame!

Lineage OS is available now but camera and fingerprint scanner don't work with it so I think I'll wait until they've fixed thatbbefore installing!

Possibly there is a chance of an official update given thete was one for the M2 Play at the end of May.

Is this phone waterproof?

Billy, 02 Mar 2018Also there is an update on the Nubia India site but it is s... moreOf course it is worth updating, for any security updates, could do with another update now though but unlikely to get one.

Farhad, 14 May 2018Yes I checked it and all apps had checkmark. The thing is t... moreYes Chinese phone software is garbage and frustrating.

Why don't they just put stock Android on like Xiaomi have done with the Mi A1?

Billy, 13 May 2018Go into the Notification Center and make sure everything is... moreYes I checked it and all apps had checkmark. The thing is that all apps must be opened on the background otherwise can't get any notification!

Farhad, 13 May 2018Hi everyone, I have problem with notification and the terri... moreGo into the Notification Center and make sure everything is ticked.

Hi everyone, I have problem with notification and the terrible Ram management, does anyone have such problems? I don't get notification from Instagram, what's app, telegram, ... it works well just with Facebook and Messenger! The Ram can't manage even 3 simple apps and kills them all after only a few minutes!

I buy a NUBIA M2 N551J (vendor geekbuying) but the phone I receive is defective.
I cannot be heard by those who call or I call them .

If I plug in headphones, I can speak, but not through microphone of the telephone.
I also reset to factory values, but it still does not work.

Mimama, 16 Apr 2018Mi A1 better in everything. Nubia has only slightly more... morewhats about amoled display

KoRok, 15 Apr 2018which one is better Mi A1 or Nubia M2nubia m2 is better selfie and better battry life