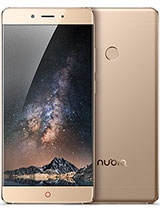 One more Q... why Music player plays songs only in alphabetical order and not by numbers like its should? but its not enough... seems dolby atmos is on only with this player but for example with jetaudio dolby stays flat .. this is suck..

I bought z11 gold 4/64 an i show me new rom update nx531j encommon_v1.21 but i always stops at 24% while installing and reboots, anyone had that issue? maybe someone know how this package download manualy?

AnonD-669325, 12 Jul 2017Where is the cast option to connect to smart TV. I am unabl... moredownload miacraft screen mirror in google playstore and open it

Where is the cast option to connect to smart TV. I am unable to locate it....

I'm using this device for 6 months. Important points to know other than usual facts.
Built in miracast for TV projection which isn't fully compatible with other TV casts.
UI lacks app drawer and there's no way to sort.So unless you use Google search widget, it's a let down for people who use many apps.
Looks better than competition.
Edge features are useful but will take some time getting used to. These features can be customised as well.
Right now Nubia z17 is a buy as compared with 1+5 (8gb) version which is a iPhone 7plus copy.

suranga, 07 Oct 2016from where it can be available in sri lanka? please some on... morehei did you got nubia z11 phone

hei did you got a nubia z11 phone in sri lanka

hi Zte m just a recent user well u can say ur new inhouse costumer.I had my hands on lg samsung nokia and xiaomi mi 5 was awesome just switch from mi to z11 nubia well its been around 2 weeks i have to admit its a preety awesome phone best is the form factor and the 0 bezels im just a little disappointed regarding z11 mini has some features which z11 is not having like answer call just sticking the phone to ur ears and nfc which is not connecting to any of my device like headphones music system is it only going to read cards and there is no to android nougats well i hope u can fix these its just softwear things which can be added in updates n im in riyadh please give us some extra edge features after all this phone is hyped for that only thank you hope u listen to my heeds as a nubia fan overall thumps up from myside.

AnonD-671586, 23 May 2017I have Nubia z11 (Indian version). It has not in built call... moreSame problem here. True caller not working and i am fed up with idea and vodafone and bajaj finserv calls. Please suggest something.

Anonymous, 24 May 2017I want quad HD display !This display is better. Samoled and quad hd display hurt eyes. Its not even 1% painful for eyes even in long time use.

I have Nubia z11 (Indian version). It has not in built call blocking feature. And third party call blocking applications are not working in it. What should i do???????

I noticed today that my phone clicks 2 pic at same time while using back camera. Anyone with idea of turning it off.