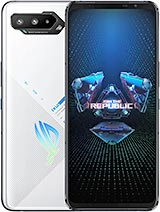 Janssen, 25 Jan 2022Not true. Using my phone since last September without any i... moreBuddy, just because you have not faced it does not mean the issue is not present. If you have not faced any issues good for you, please dont try to burn people who are facing issues.

I got my ROG 5 last yr in september 8/128 gb model. I havent faced any major issues besides wifi. But currently been struggling with Screen Cast. Cant connect to my Smart Tv. Is anyone having same issue? Rest the phone works as good as the day i bought it.

Disappointed to this phone also. Just bought mine last December 19, 2021 ( ROG 5s Pro ) after 28 days of using it, the fast charging feature broke itself and stuck in certain battery percentage while charging. I send it to the service center and still waiting for an update. Planning to refund it if there's another issue arise after I claim it. -_-

Janssen, 14 Jan 2022No such issue. Another troll spreading fake informations.It's true. My rog phone 5 is in service center now (second time though). Switched off on its own and won't turn on.
In case if some users aren't facing issues, they are either lucky or worst is yet to come for them.

The Wi-Fi , Hotspot and not detecting the sim and etc. are hardware issues or Software issues..?

Janssen, 14 Jan 2022No such issue. Another troll spreading fake informations.I wish that were true, there is even a telegram channel with over 300 members who have their mb replaced, some even multiple times. My unit as well was affected just last week, woke up in the morning to see it had restarted for some reason and no wifi. Only solution is to get the mb replaced at service center.

Don't Buy ROG -5, almost everyone is facing wifi and hot spot issue,
please search ROG-5 Wifi issue in google you will many videos and many articles
not many service centers also u will find, because in Bangalore only 4 authorized service centers are there and no one is ready to work on ROG-5, i bought this phone in May 2021 and from Nov i am behind Asus to resolve this issue but as usual they say please contact service center

I have a question. Does the 5s experience the same issues with the ROG 5. Like the sudden death issue?

Dear reader,
I will save you your time, after reading a lot of comments, I have come to the conclusion that this phone will break on you, most probably outside the warranty time, so, don't believe? read the comments here, all of them, make it simple for you, stay away.

Can't believe that Asus didn't recall all these phone.bobody Gon buy the next ROG series anymore.might as well close the factory. Just bought it 4 month ago,wifi not turning on (rarely played genshin impact more than 30 minute with default graphic setting).had to factory reset

Take it to service centre,done in 1 day service.now the fingerprint is not working

zugidor, 06 Jan 2022Surprised to see people with so many complaints about the p... moreI am also thinking of buying this phone but after hearing about the heating problem I am a little hesitant whether to buy this mobile or go to Black Shark or Red Magic.

Surprised to see people with so many complaints about the phone. I guess I'm lucky I haven't had any problems. I have noticed it likes to heat up during heavy games and charging, so I make sure to enable steady charging and a 90% charging limit, so maybe that helps, idk. If anyone's wondering, I have a Tencent version with Global firmware/software, bought for a sweet price on aliexpress. Only thing is that mine doesn't update automatically, so I have to do manual firmware/system updates whenever I remember, but it's easy to do so idm.

It is a fragile phone, I'll admit, but just don't sit on it and don't drop it into a swimming pool and you'll be fine. No waterproofing and a two-part battery really isn't a big deal.
I absolutely love all the gaming features included and having two charging ports and a headphone jack on a flagship phone is amazing, so it's definitely my favourite phone I've had so far.

Game Over, 03 Jan 2022My worst purchase ever. Totally disappointed buying this ph... moreI almost bought it... than I read more after ordering and I deleted my order, one of my besz decisions

My worst purchase ever. Totally disappointed buying this phone ROG5. First my phone not able to turn on just within 1 month of buying the phone. Sent to Service Center and they had to replace the motherboard. Secondly, fingerprint issues, it is not recognizing. No matter how many time u register, it will always show fingerprint not recognize when u use it. I end up disable the fingerprint option. And now my SIM is not detecting... Totally frustrated with this phone. Humble request to whoever reading this comment, please DON'T BUY this phone and dont listen to youtube reviews. It is totally waste of money.

It just died. Dead after some month, as other mentioned. I'm somehow relieved to have now a solid argument to buy a new phone. I loved the 2 USB ports, all phones should have that. The reasons i bought this: headphone jack and no fscking hole in the display.

And that is all positive i have to say.

- the fingerprint scanner is crap. Slow, unreliable, ever heard of screen protectors?
- it overheats using the camera. You can't record 4k for a longer time. Is this a joke? I had to use my old note9 for that ...
- great idea to put the power button below the volume rocker. Did anyone tried this before production?
- 2020 and the phone has no water protection
- 2020 and the phone has no wireless charging

Lets find out how good the Asus support is ... sigh

never ever buy this phone. waste of money. i brought this phone for gaming and streaming purpose but only after 6 months of purchase the phone is dead. completely dead no sign of charge, nothing. its a funny thing that asus is frau ding customers very openly. they know that the product is broken but then they are selling this phone just to increase their yearly turnover. i suggest all the rog users not to buy any of this phone series. all of them are broken. if not dead, other problems like no wifi connection or ghost touch or rise in temperature. please note that this is not the gaming phone you want in your hand, this is just waste of money.

i think this phone series was broken / failed product... so many people who bought this Rog5 has problems with sudden death, simcard failed to connect, hotspot cant be active, wifi cannot cannot..
ASUS should pull this product and refunds the customers, because they sell failed product.

I will change my gaming phone to RM Nubia 6 pro or BlackShark although Rog has great design... but what the meaning of design if you cannot safely use the phone because affraid your phone broken /death.

Almost all of my friends who bought this Rog Pro 5 has problem above and claim it to ASC and had to change the board, free but your IMEI change, and they didnt change the box etc.. so you must have troubling if you want to sell that phone.

Stay away from this device. Unreliable, support is a joke. With this kind of failures and support I would expect it to be priced for a bit more than $10 and you'd get that money along with the phone.
My story... Phone started crashing several times a day about a month after purchase. Service said it was my apps that caused it - all of them were from Google Play store. They did remove 'Android Auto for phone screen' app - which came with the phone... After that the phone only froze for few seconds every now and then but did not crash.
Recently the phone overheated during charging on the original charger. It's bricked. I don't want it anymore :)
Please make yourself a present and choose another device.