ZTE seems to be making final preparations to launch the Axon 9, but the phone will not be alone – the company trademarked both the “Axon 9” and “Axon 9 Pro” names in a single filing that also includes a roster of midrangers and entry-level phones. The trademark was filed with the Eurasian Economic Union. 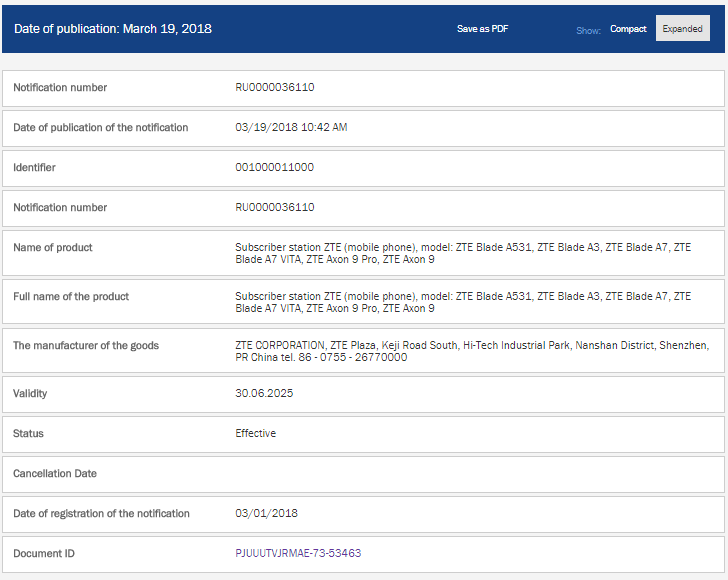 Besides the flagship, ZTE also trademarked a number of Blade devices. They include the ZTE Blade A7 along with a VITA version and the Blade A531. The Blade series has a V7 from early 2016 but no A7 (yet) and there are a couple of 3 and 5 models in need of a sequel.

The Blade A3 was also mentioned in the filing, though it’s already official and has been available since November (the trademark was filed at the beginning of March this year). This suggests a market expansion for the A3, but it may not mean much for the launch dates of the other phones on the list.

Not interested in axon successor if it doesnt have equal or even better speakers. Yes STEREO speakers