Update: Meanwhile, the unlocked BlackBerry Keyone (standard color) is now available in Canada. It's worth mentioning that listing for unlocked variant went live on Walmart's website last month, but turned out DTEK60 devices were being shipped instead of the Keyone.

However now, it looks like unlocked Keyone is available for real through Walmart, which is asking CAD 729.98 (around $585) for the device.

The black color version of the BlackBerry Keyone smartphone launched in India earlier this month, and now it's almost ready to make the trip from there to the United States.

AT&T has just announced that it plans on offering the Keyone in the hue it's calling Space Black. The phone will become available at the carrier on September 1. 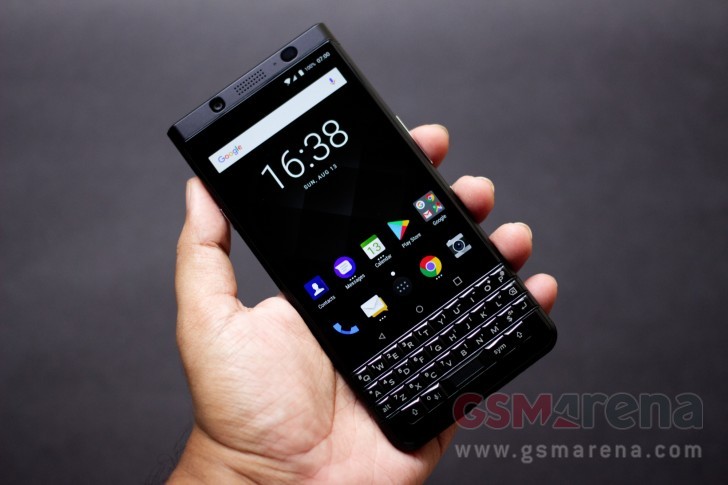 If you're interested in the all-black Keyone, know that you'll need to part with $16.67 each month for 30 months in order to grab it from AT&T with an installment plan. That adds up to a grand total of $500.10.

The Space Black color of the Keyone is exclusive to AT&T in the US. Aside from the paint job, it's identical to the model that was initially announced at MWC, the one which also has some silver parts.

BlackBerry starts rolling out August patch to its Android phones

Teaser suggests BlackBerry could show off all-black KEYone at IFA

make it simply whole touchscreen and add some rams and storages and these might be the one of them.

just remove that keyboards and i wil think over it.

This phone is really tempting me. I'm holding back till the IFA completes though. Lets see what surprise BB will give this time.