Yesterday news got out that the Black Shark 4 gaming phone is set to launch next Tuesday, March 23 and now we get more details surrounding the soon to launch device. The official Black Shark Weibo page shared a short teaser video outlining the phone’s physical shoulder triggers which are making a return from the Black Shark 3 Pro as well as its new back design.

In addition, we get two posters confirming the Black Shark 4 series will be powered by the Snapdragon 888 chipset and will feature improved cooling which can reduce the CPU temperatures by up to 18 degrees Celsius. The SD 888 poster also gives us another look at the back of the Black Shark 4 with its horizontal camera and massive glowing Black Shark logo. 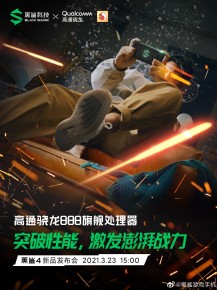 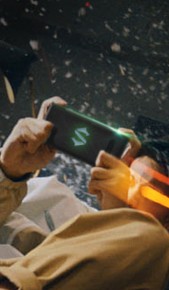 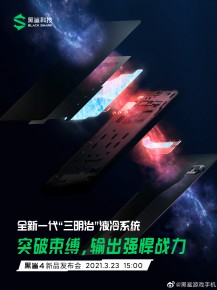 Past certification and rumors have also specified the Black Shark 4 will pack a 6.67-inch display with 120Hz refresh rate and a4,500 mAh battery with 120W charging which promises 0 to 100% charger time of just 15 minutes. The Pro model is also confirmed to pack a triple camera and 8/12GB RAM.

Black Shark 4 is arriving on March 23

Xiaomi don’t need the support from the White monkey the Chinese population is enough to support themselves.

You think you are boiling water? If you have test it before then you know. Charging a phone is a totally different tech than boiling water. Which century are you still living? LOL.