OnePlus will be five years old at the end of the year and it already has eight phones under its belt. Its strategy has (almost) always been “do one thing and do it well”. That’s what Apple did in its early years and it worked out great for them. Sure, OnePlus switched to a tick-tock upgrade schedule: launch a new generation and refine it about half a year later.

This week we saw the start of the new generation – the OnePlus 6. It features many firsts for the company, but in some ways reminds us of the phone that started it all. Let’s take a trip down memory lane and we’ll even mention The Phone That Should Not Be Named.

Back in 2014 when the OnePlus One was unveiled, Google’s “pure Android” attempts have failed to catch on. The Play Edition phones died the year before and Android One (announced in 2014) was meant for very low-end devices, not like today.

And there came a shining light – a phone that will come with CyanogenMod out of the box. You probably remember CM, it was by far the most popular custom Android ROM and served as the basis for many others. The team behind it started a company that would offer a commercial version of the mod dubbed Cyanogen OS.

The OnePlus One was often described as a “flagship killer”, but makers were also its prey. For just $300 you could get a large (at the time) 5.5” 1080p screen, a powerful Snapdragon 801 chipset and decent storage. 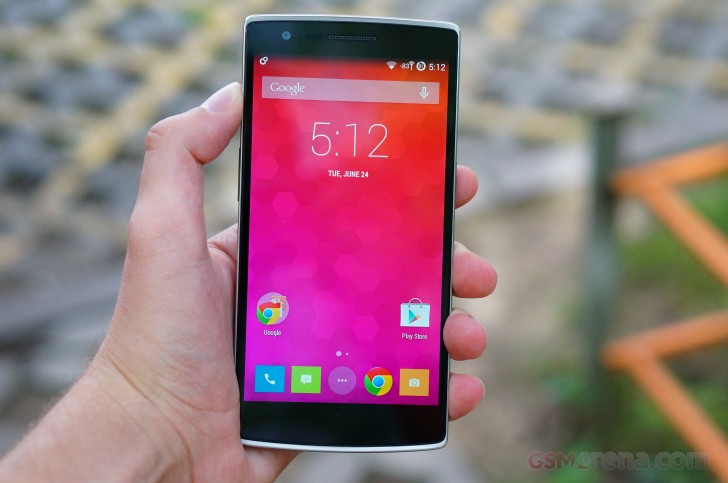 The $300 price was the same as the Nexus 4 a couple of years before – a disruptive price for flagship hardware. However, OnePlus was still a young company and didn’t have the production capacity so the earliest units were sold through invites.

That was later dropped, but another issue soon threatened the future of the young company. Cyanogen Inc. had signed a deal with Micromax in India and the competing phone maker got a temporary injunction against OnePlus. Cyanogen had inexplicably given Micromax exclusive rights to distribute Cyanogen-branded phones in South Asia, which was obviously a problem.

Cyanogen Inc. (which once aimed to kill Google) didn’t last much longer and OnePlus switched to Oxygen OS (with a version called Hydrogen OS for China).

The OnePlus One sold over 1 million units, about 40% of which in Asia, 30% in Europe and 20% in North America. Free of maker bloat, Cyanogen OS ran as fast – if not faster – than other flagship phones that cost twice as much. Many still consider this to be the best OnePlus phone ever.

PS. the 16 GB model was sold in “Silk White” with a smooth finish. There’s a limited edition of OnePlus 6 that attempts to recreate it. The other, of course, was the trademark Sandstone back.

The following year the OnePlus 2 also had a reservation system, but units weren’t as scarce – in three days after the reveal, over 1 million reservations were made, growing to 2 million within a week. In fact, the demand was so high that during the first hour-long open sale, the OnePlus servers couldn’t handle the traffic and crumbled.

With this generation, the focus was on materials. The chassis of the phone was made from an aluminum-magnesium alloy and there were official cases made out of Kevlar and different woods (bamboo, rosewood, black apricot). 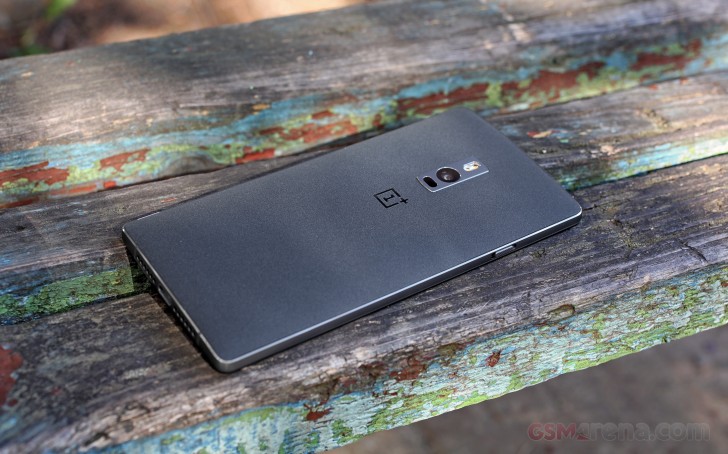 The flaws of the Snapdragon 810 chipset are well known and in the OnePlus 2 the chip was downclocked to help manage temperatures. The 13 MP main camera featured OIS (which was dropped in the 5/5T but reintroduced with the OnePlus 6).

The second generation phone also introduced the notification slider borrowed from Apple’s iPhones. It wasn’t all good, however - the OnePlus 2 often suffered from screen issues – typically the touchscreen stopped responding, but there were other troubles as well.

The same year as the 2, the company decided to launch a mini phone – the OnePlus X. Things went poorly, so much so that recently we had the feeling that the company pretends the X doesn’t exist. Well it did anyway, the phone was mentioned at this week’s event as one of the earliest examples of a phone with a Ceramic build (take that, Xiaomi).

Anyway, the phone featured the first AMOLED screen from the company and a glass back attached to an aluminum frame, making it similar to the 6. The smaller phone still used the Snapdragon 801 chipset of the original and other cutbacks had to be made to account for its lower price of $250 (the OnePlus 2 was $330).

The camera lost its OIS, the fingerprint reader was dropped, the USB-C port was replaced with an old fashioned microUSB. The OnePlus X did have a slot for a microSD card, however, the only OnePlus so far.

The real issue was the software – it launched with Android 5.1 Lollipop and was updated to 6.0 Marshmallow the following year. And that was that, the X received a single year of software support.

The OnePlus 3 was sold openly, no more invites. It had a beautiful metal body and was powered by a Snapdragon 820 chipset with a generous 6 GB of RAM. The earliest versions of Oxygen OS couldn’t make full use of it, however. 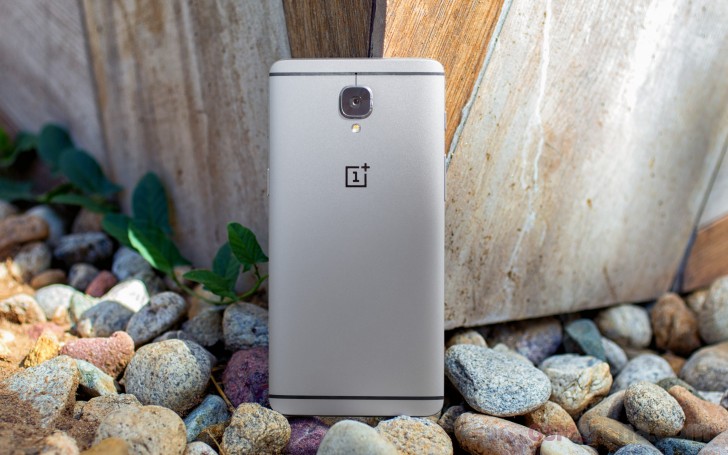 That was resolved and the phone had so much to like. It adapted Oppo’s VOOC charge, re-branded as Dash Charge. At 20W, it’s still one of the fastest ways to charge your phone. And it moved to AMOLED screens from Samsung, a change that persists to this day.

We cut 3’s story short as the same thing happened in real life – the OnePlus 3T was launched in November as a mid-life replacement. Improvements weren’t huge, but the move still left some fans miffed.

New color options were added (Gunmetal and Soft Gold), the chipset was bumped up to S821 and the selfie camera got a 16 MP sensor. Also, while the 3 was sold exclusively with 64 GB storage, the 3T had a version with 128 GB. 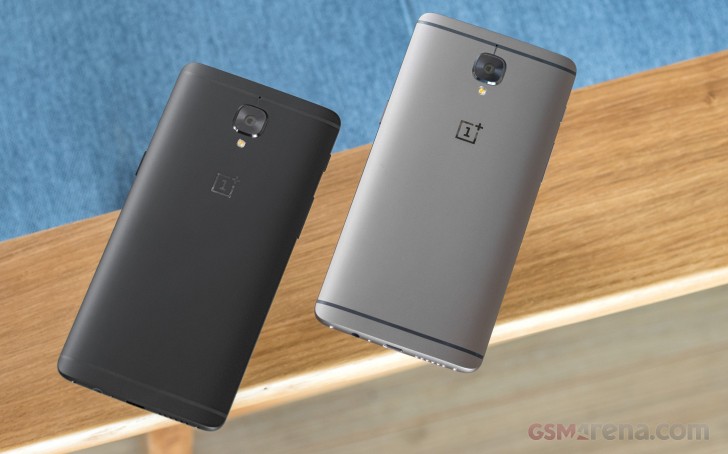 These two received better software support than the X, they launched with Android 6.0 Marshmallow and were updated through Nougat to 8.0 Oreo (which is to be their final major update).

With the same overall body design, the major change in the OnePlus 5 was the dual camera on its back. It used a newer 16 MP Sony sensor for the main camera, the secondary one was a 20 MP sensor behind a telephoto lens.

There was some miscommunication about that – the first promo materials made it sound like it was 2x optical zoom, then OnePlus clarified it’s actually 1.6x with some digital zoom used to hit 2x. Also, the OIS from the last three phones was dropped. 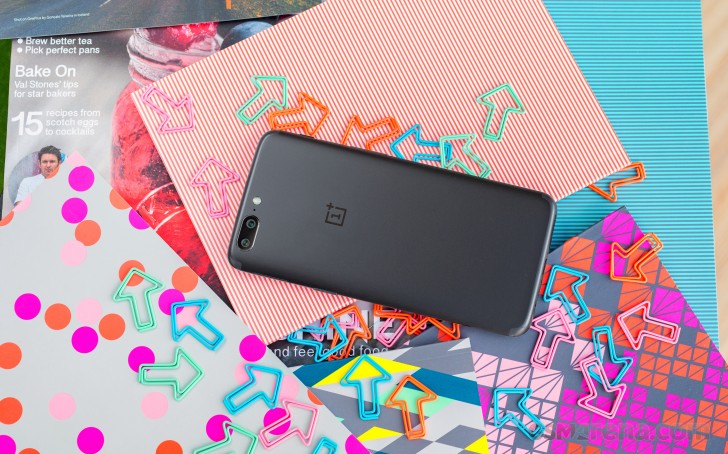 The OnePlus 5 could be configured with up to 8 GB of RAM - having huge amounts of RAM has become something of a habit for OnePlus. This was the last phone with a 16:9 screen and there was some controversy about that too – the so-called jello effect (later it came to light that it’s not an uncommon issue and other phones have it too).

The company settled in a rhythm and launched the OnePlus 5T later in 2017. It followed the tall screen trend with an 18:9 aspect display, while keeping the pixel density the same. The screen pushed the fingerprint reader to the back and OnePlus started promoting Face Unlock more. However, it’s the standard feature built into Android and not as secure as on the iPhone X. 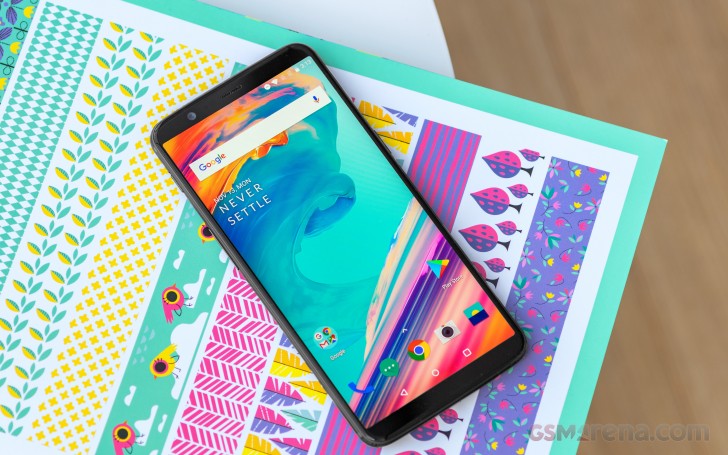 The dual camera was changed in a way that doesn’t make too much sense – it was still a 16 MP + 20 MP dual camera, though the secondary camera had the same field of view as the main camera. That meant it could be used for bokeh effects, but not for zooming. The OnePlus 6 has the same issue, we think a secondary camera should either have a telephoto or a wide lens (or at least make it a B&W sensor).

This brings us to today. The OnePlus 6 made the screen even taller – from 6.01” 18:9 to 6.28” 19:9. And it has a notch, which is causing some arguments within the community. At least OnePlus didn’t fall for the “no headphone jack” trend.

OIS was brought back, which along with the larger main sensor will make for better low-light performance. The camera can now shoot 4K @ 60 fps videos, catching it up to the iPhones and Galaxy S9s. And it can record slow-mo video at 480 fps at 720p resolution. There’s plenty of storage too – up to 256 GB.

Some improvements are not quite there. The OnePlus 6 features basic water resistance, but the company hasn’t stated an official IP rating. The back is made of glass now, but wireless charging was not included – perhaps waiting for the 6T.

OnePlus has come a long way in five years. We can’t wait to see what it does in the next five years.

And yes Samsung DID refund people. But 3 months after a problem was known by Samsung they unveiled whole fact there is a problem with Note 7. When too many users sends complains a lot more than Samsung would sustain and keep in private the informa...

Man oneplus is always a flagship for half the price of other flagships and IOS a best OS? Did you drink something? Sober your self please. OS that restrrict you from almost anything. Doesnt matter what you do its ask for a stupid password. ...

note 7 was a disaster. but samsung did pull the plug,refunding people. Ios is the best os out there for mobiles. It's the least confusing with solid apps library. Look, you are only taking the negatives of a device. I loved the One plus one, but it's...