A couple of months ago we showed you a leaked invite that teased a large ring around the main camera of the Honor 50. Today we received something else in our tip box – high resolution renders showing the backs of what we assume are the Honor 50 and Honor 50 Pro. You can zoom in close enough to read the camera label, which was absent from the previous leaked render.

The Honor 50 Pro will have a 108MP camera with an f/1.8 lens. The second ring is home to two cameras and while their specs aren’t indicated, neither looks like it has a periscope lens. The previous render showed a periscope lens, so there may be an Honor 50 Pro+ in the works too. Or that leak was a fake.

Moving on to the Honor 50, that one will feature a 50MP main camera, also with an f/1.8 lens. The second ring once again holds two unlabeled cameras and if any of them have a telephoto lens, it will be the traditional design. 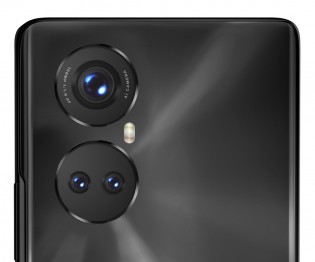 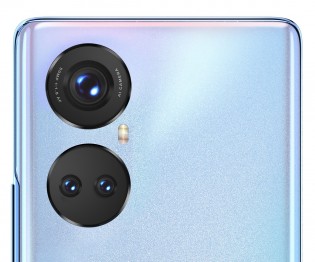 From what we hear the Honor 50 series will focus on vlogging, so it will have souped up video recording capabilities. It’s not exactly clear what those will be – it might be also related to the front-facing camera, which isn't pictured here.

The Honor 50 series will be officially unveiled on June 16. The company has teased that one of the phones will be among the first to use the Snapdragon 778G chipset, which is similar to the 780G, though fabbed in TSMC’s 6 nm foundry instead of Samsung’s 5 nm foundry.

More reliable info (3C certifications) shows that the Honor 50 and 50 Pro will have 66W and 100W wired fast charging, respectively. We even saw a photo of the 100W charger.

Just being state-owned won't put one company into US entity list smh.. Huawei was banned because of their telecommunication technologies as well as the fact that they actively push Sub-6 as apposed to US' mmWave 5G, not only due to the pote...

centered camera makes it difficult to shoot in wide angle. your hand will always be in the shot.