Last month, when Samsung ended its Nougat beta for the Galaxy S7 and S7 edge devices, the company said it'll try its best to push out the final update in January. Earlier this month, the tech giant began seeding Nougat to a small batch of Galaxy S7 units, or in other words, started soak testing the update.

If you are waiting for the final roll out to begin, you'll be glad to know that'll happen in less than a week from now, as according to a leaked screenshot, the roll-out process will finally start January 17 onwards. 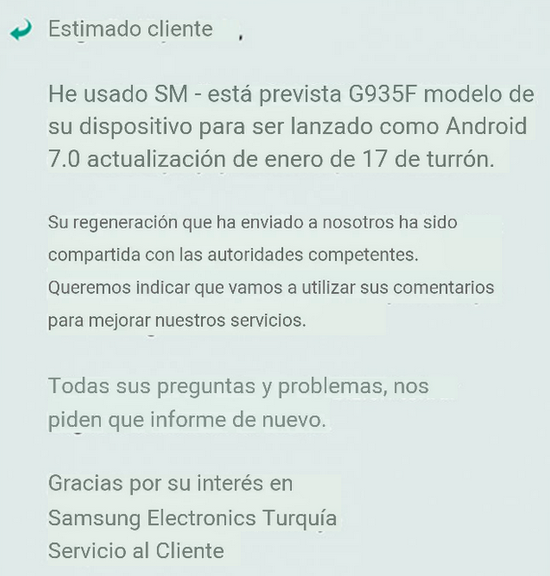 The screenshot mentions the roll out date for the Galaxy S7 edge, but we don't see any reason why the standard Galaxy S7 won't get it at the same time. Of course, it's still a leak, but with beta program completed and soak test also done, it'd be reasonable for the final roll out to begin sooner than later.

A device feeling smoother and faster is a definite instant gratification for me and many others I think. And adding more features to save battery life like dropping resolutuon down to 720p or 1080p is a huge boost too.

All the more reason we get why you would be excited but people shouldn't care so dramatically that it's not instant gratification.