There are few stories of meteoric rise and precipitous fall that can rival the tale of HTC, but Sony’s mobile division offers just as many highs and lows. Today, it sells some Xperia – it shipped less than a million during the three months of Q2. How did we get here? 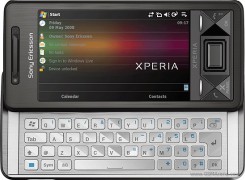 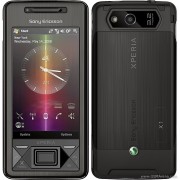 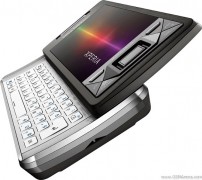 It all started with the Sony Ericsson Xperia X1, the first ever phone to bear the name. But it wasn’t an Android device as you would expect today, it wasn’t even a Sony Ericsson phone – it was designed and built by HTC. 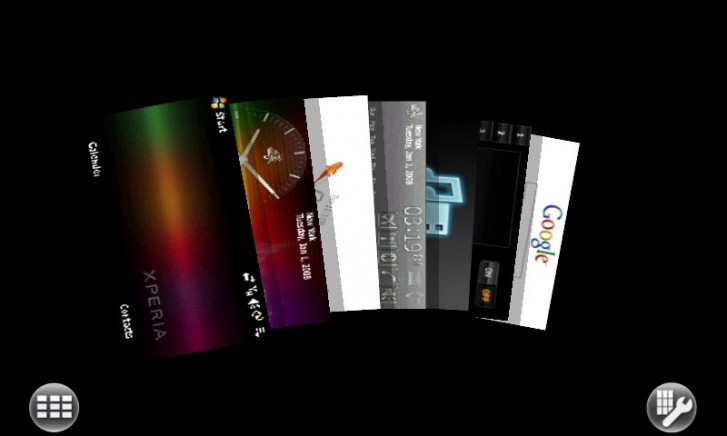 Windows Mobile 6.1 had to be dressed up with X-Panels to make its gray, pseudo-3D interface more palatable. Each panel was similar to the screens in HTC’s TouchFLO. There were 7 panels pre-loaded and you could install more (but you couldn’t have more than 9 active).

A hardware button on the front of the phone allowed you to switch between panels. WM6.1 was fully capable of multitasking, but it lacked the flashy 3D effects or the ability to render the gradients-and-chrome interface of the panels.

The first panel was simple – the Today screen of WM6.1. Then there were the Sony Ericsson panels, which offered calendar view, quick toggles, FM radio controls and Google search. There was even a screen saver-like 3D Fish panel.

The X-Panels were a weird cross between apps and launchers

Let’s be clear – panels were more like apps than launchers on Android, despite taking the place of your homescreen. Some of the panels you could download showed a slideshow of your photos or the Facebook website. Then there were forgotten web properties like Cool Hunting and Dashwire (which HTC acquired in 2011).

Spb Mobile Shell, for those that don’t remember it, was an attempt to sell TouchFLO-like interface for Windows Mobile and Symbian devices that weren’t lucky enough to have their own version. That was available as an X-Panel too.

The Media Xperience panel borrowed its UI design from the PlayStation 3. It allowed you to browse through your photos, videos, music and games, just like the Media Center in SE feature phones. Interestingly, the Phonebook was also included in this list, which made this panel usable as a homescreen.

We bring up the N97 because the Xperia was a side-slider too. A curved design tilted the screen slightly to angle it towards your eyes as you used the 4-row QWERTY keyboard. The Xperia was targeting the professional market, which partially excuses the use of Windows Mobile (2008 was between the death of BlackBerry and the dominance of iPhone).

Unfortunately, the keyboard wasn’t particularly comfortable to use – it just wasn’t as good as the one on the HTC Touch Pro, which is a sibling WM6.1 device. The camera wasn’t up to Sony Ericsson’s usual standards. The camera on the N97 wasn’t perfect either, but it was better.

There were issues with the build quality too, we had two broken Xpeira X1s in the office alone. The Internet still echoes the complaints of users whose phone started developing cracks on its exterior.

The X-Panels UI was reused a few times, including on the sequel, the Xperia X2, and the Sony Ericsson Aspen. However, Windows Mobile was woefully outdated and X-Panels just wasn’t as good at covering it up as HTC’s TouchFLO was.

Ultimately it was a failed experiment. The first time Sony Ericsson used Android was on the Xperia X10, announced a year after the X1. Sony Ericsson ended its relationship with HTC after the X1, though the reason for the breakup was never officially revealed (SE swithced over to Mobinnova).

Counterclockwise: Sony Ericsson and Symbian UIQ, the early days of the touchscreen smartphone

I had this phone, although it looks great on paper and in the pictures the reality is it didn't deliver in many ways. The keyboard was shocking keys wobble and sometime fell off if you was unlucky. The phone was just to heavy in the hand. I di...

The iphone was a joke then. Slight advantage in touch ui is about all it had.