In the previous Flashback post we mentioned that Ericsson produced a special Coca-Cola edition phone. And this was years before the Pepsi phone, mind you. But we won’t just focus on beverage-branded phones today, instead we’ll go for general weirdness. Here are some more weird phones from unexpected brands.

The phone with a sweet tooth

Launched at the end of 2000, a year after the “unflavored” model became available, the Ericsson A1018s Coca-Cola special edition arrived in the UK. This wasn’t available to just anyone, oh no, you had to earn it.

And by “earn it” we mean that you had to collect 60 ring pulls from Coke cans and/or phone tokens (paper tokens you could find attached to select bottles). 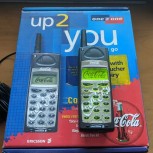 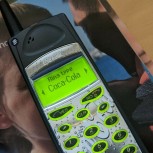 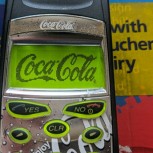 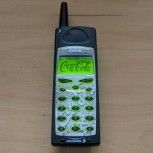 What you get in return was a promotional package with extensive Coca-Cola branding. This includes the phone itself, which had a branded front panel, the carrier logo on the screen was also swapped out. Even better the pre-loaded ringtone played the Coca-Cola theme, but that was about it.

There are a few of these phones – and their original packaging – on eBay if you want to add one to your collection.

When you hear the Bic brand name, do you think pens or disposable razors? Whoever is responsible for this next item was thinking the latter – meet the Bic Phone, a disposable phone marketed in France and Spain by Orange.

It was really an alcatel OT-S210 with the Bic Boy painted on (Bic was barely involved in this, it just collected royalty payments for lending its name). Anyway, here’s the idea behind this questionable gadget.

The (not quite) disposable Bic Phone

The Bic Phone would sell for €19 and come with a charged battery and 10 minutes of talk time. The battery would last up to 4 hours of calls (and you could listen to FM radio). The battery was easy to recharge over microUSB, but recharging the minutes was a much bigger hassle.

You had to mail a registration form to Orange, once accepted, this added 50 minutes of talk time. Afterwards, more minutes could be added with Mobicarte vouchers. So, this isn’t really disposable, but also not something meant for long-time use. It was something you would buy at the airport, use up and stick in a drawer for the rest of time.

Considering that there’s a growing support for reducing electronic waste, you’d think that the Bic Phone was something from the 90s or even 80s. Nope, Orange concocted this idea in 2008.

The phone with 11 herbs and spices

Colonel Sanders has a secret recipe for fried chicken, but we never expected him to cook up a smartphone. And yet in 2017 that’s just what he did – KFC was celebrating its 30 year anniversary since opening its first store in China and launched an Android-powered phone for super fans (based on the Huawei Enjoy 7 Plus). 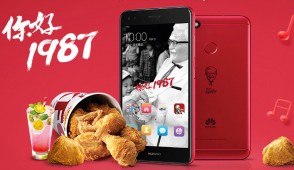 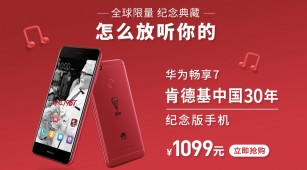 Only 5,000 units were made and they were available through a special page on Tmall or through the KFC app. This app was really the star of the show – it came pre-loaded on the phone and was popular because it allowed users to order and pay through their phone. Any phone, mind you, not just the KFC one. Not bad, even if not quite amazing for 2017.

The K-music app was even more interesting. It put users in control of the music playlist in the KFC restaurant they were visiting – the company boasted 4,000 KFC locations in China at the time.

The phone that was a SatNav

Well, two phones, actually. Have you heard the term “SatNav”? It stands for Satellite Navigation and refers to digital devices that use GPS (and similar positioning systems) to offer driving directions. Yes, just like every smartphone under the Sun today.

The Asus-Garmin Nuvifone G60 was all about satellite navigation

But this was 2009 and digital maps still required expensive purchases and subscriptions (this was before Nokia dropped the bomb). Garmin had a long history of building GPS devices – anything from hand-held receivers to plane cockpits – while Asus brought in the phone know-how. A match made in heaven.

Two phones were demoed at MWC 2009 (check out our report from then). The Garmin-Asus nuvifone G60 had a 3.55” resistive touchscreen (272 x 480 px), ran a custom Linux distro and had 4GB of on-board storage (plus a microSD slot, maps can be huge if you want to traverse a whole continent).

The Garmin-Asus nuvifone M20 was smaller and ran Windows Mobile

Both had on-board GPS receivers, of course, as well as a compass. The loudspeaker lived up to its name as a voice blasted from it, giving you turn-by-turn directions. There was also Ciao!, which was billed as a “location-based social networking” app. Its main feature was the ability to share your location with your friend (who could then use their Garmin device to navigate your location).

A look around the nuvifone M20

Anyway, the following year the two companies released the nuvifone A50, an Android 2.1 Eclair phone, and the nuvifone M10, another Windows Mobile device. They featured Garmin’s PhotoReal Junction View. No, not like Street View, a 3D rendering of the junction, but still quite useful.

That wraps it up for today, but there are other weird gadgets to cover in future installments - we can almost taste them... okay, we should probably lay off the junk food smartphones.

I also have a Pepsi phone PS1 in the drawer.

you forgot blaupunkt phone. the company produces mainly car audio products. it was actually a german company but their phone was marketed as far as Indonesia.

Who would think Nokia would make a game phone like that? Poor Nintendo, the pain from so much laughing!