The Pixel 7 series is expected to go into mass production at Foxconn soon while Google continues preparations for the expected early October launch (pre-orders on October 6, sales on the 13th, claim rumors).

Part of the pre-launch process is getting the green light from the FCC. Documents from the regulator show four models: GP4BC, GVU6C, GE2AE and GQML3. The first two support sub-6GHz 5G, the other two also have mmWave connectivity. 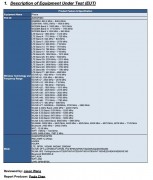 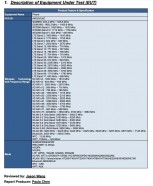 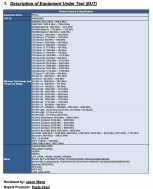 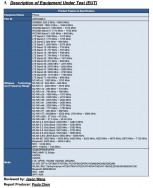 The mmWave versions will be available in the US, but since this flavor of 5G isn’t as popular around the world some regions will only get the sub-6GHz models.

The GP4BC and GE2AE also feature UWB. Considering that the Pixel 6 Pro was the first Google phone to use the new short-range connectivity option (and the vanilla 6 missed out), these two are probably the Pixel 7 Pro.

The Pixel 7 series is expected to introduce the Tensor 2 chipset, a relatively small improvement over the original. The Pro model will get a new display panel, though it will have the same basic measurements – 6.7”, QHD+ and 120Hz (LTPO). It should be brighter, though, hitting 1,000 nits.

Based on unofficial info, the vanilla model will get a slightly smaller 6.3” display (down from 6.4”), but it’s not clear if it will upgrade from 90Hz refresh rate or not. As for the cameras, both will use the same sensors for the main and ultra wide modules (50MP GN1 and 12MP IMX381). Only the Pro is expected to have a telephoto camera, likely still using a 48MP sensor.

The Pixel 7 and 7 Pro are expected in October and will probably be joined by the much-awaited Pixel Watch. Whether the Pixel Fold joins them is less certain. Google is not great at keeping secrets, so we should know before the launch either way.

That uses the x65 modem

oh i thought its your iphone that wont let you to record...

It was the Pixel that limited the recording, I never had issues with my iphone