One of the big new features Google focused on for Android 9 Pie at its I/O developer conference back in May is called Digital Wellbeing. This, however, has not made it into the final release of Pie, that started going out today.

Yet if you are anxious to try Digital Wellbeing before it gets released to the general public, there's a way to do that now. You need to have a Pixel running Android 9 Pie - which shouldn't be a problem since the over-the-air rollout of the update is in full swing already.

Then you just head to this page and sign up for the Digital Wellbeing beta. Of course, as with any beta release, you shouldn't expect production level software quality. Bugs are inherent, but on the other hand you get to brag about being among the first people in the world to try this.

Digital Wellbeing is an initiative that's meant to help you cut back on phone usage. Apple's also worked on something along these lines, and Google has to follow suit now that some people are calling smartphones addictive.

With Digital Wellbeing you get a Dashboard that lets you quickly glance at how much time you're spending on your device and which apps you're using the most. It also tells you how many times you've unlocked your handset and how many notifications you've received. 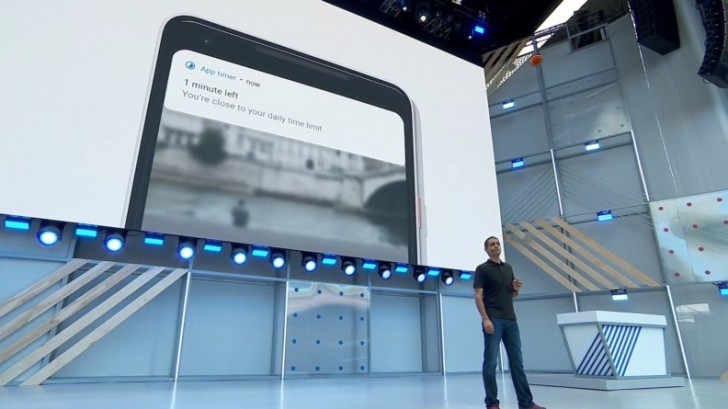 App timer will notify you when you've hit a certain time limit for using any specific app. Obviously the limit itself is easily customizable. App timer also grays out the app's icon once you hit the time limit, but doesn't prevent you from using the app further.

Wind Down will remind you when it's time for bed (at a time you have pre-set). It automatically turns on the Night Light blue light filter, switches Do Not Disturb mode on, and makes the screen grayscale. 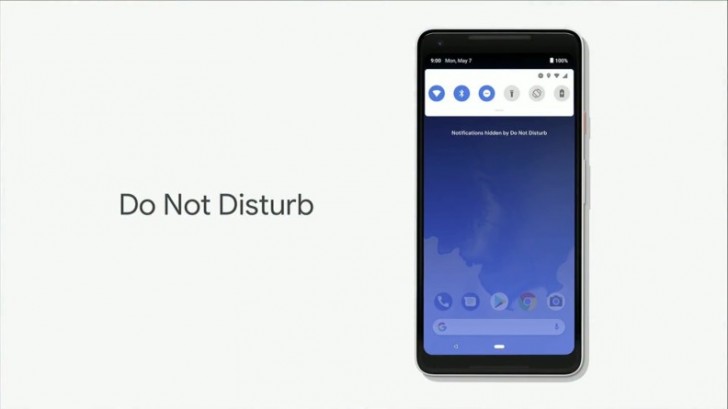 Android P: Making you stare at your screen all day with the message "you need to take a break". Kinda like a cigarette company saying in its packaging that smoking cigarettes is dangerous to your health.