Here's the Google Pixel 4 in a transparent case

Google did a pretty unprecedented thing recently, by leaking the Pixel 4's rear design on its own, following a bunch of other leaks about the handset. Since Google's deed, the leaks haven't slowed down - on the contrary, they seem to have intensified.

We've seen the Pixel 4 in the three alleged colors it's going to arrive in, we heard about its dimensions, and there was even a live photo of someone holding a prototype unit somewhere in the wild. Today we've been tipped about the image below, which seems to show the Pixel 4 inside a transparent case. 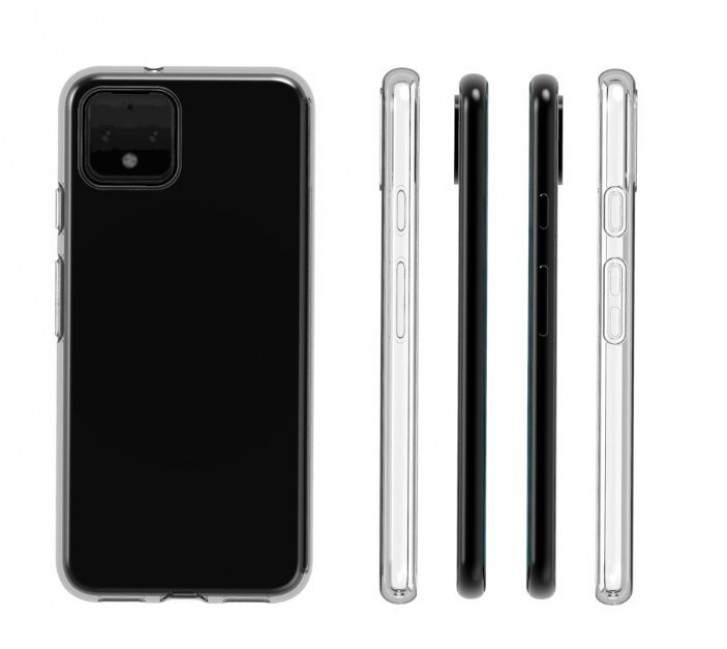 There really isn't anything new here, with perhaps the exception of the pretty substantial camera hump that you can now visualize. The dimensions leak from a few days ago already told us to expect device thickness to be 8.2mm, whereas the camera bump thickness will be 9.3mm. That's a 1.1mm hump then, neatly portrayed in this image that has the white and black Pixel 4s but for some reason excludes the 'mint' colored model. And it's also lacking in colored power buttons.

Otherwise the design is what Google has already leaked, so this may very well have originated at an enterprising case maker that simply decided to use that as a basis for these renders.

Google will offer opt-in RCS regardless of carrier, coming to the UK and France this month

I doubt it. More likely that's a cutout for the second microphone on top. Google should add it back since most of us still want a headphone jack. And it would give them an edge over the iPhone. The cheaper 3a with a headphone jack is ironic...

its not the same as the mate...the mate 20 did it right & looks beautiful with its symmetrical design. But this looks terrible & will throw people off just like the pixel 3 xl..

Not sure what people are whining about. First off you can hardly tell anything from the pictures other than the camera cluster which is not new, by the way. Same camera cluster on the Mate 20 Pro, hailed by everyone as a marvel. Why not wait until ...