The Huawei Mate 20 Pro joined the Android 10 Q beta program two weeks ago, but it has now been removed from the list.

This is likely because Google suspended Huawei’s Android license. This move was delayed by 90 days, though it seems this means little for Huawei’s long-term plans.

This delay should be enough to allow the maker to queue up security updates for Huawei and Honor phones, but major OS upgrades are not happening. We’ll keep an eye on the official Android Q Beta page (Source link) to see if the Mate 20 Pro reappears, but we’re not holding our breath. 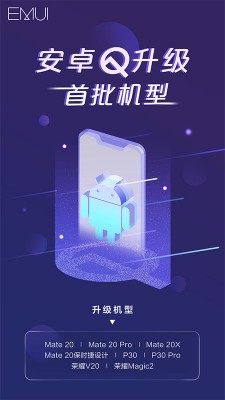 Huawei and Honor planned to upgrade their flagships to Android Q

Note that the Mate 20 Pro was just leading the charge, there were plans for other phones to jump on Android Q when the time came – the rest of the Mate 20 family, the P30 phones, as well as the Honor V20 and Honor Magic 2 were supposed to be among the first.

risk-v and open source it will benefit all , but very paradoxical from a company controlled by Chinese party

Exactly. The best thing they can do is make a deal, get Android back, and develop vigorously on the side

I will add that Microsoft is the biggest software company worldwide... and still failed with the mobile OS! Good luck Huawei :D