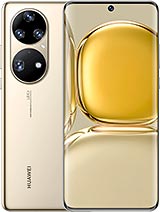 Anonymous, 05 May 2022I've got a Huawei p40 pro, performance mode only gives... moreOnly difference I've noticed is when playing intense games. Periodically, the phone takes breaks in between with fps dropping down to 35 fps. Using performance mode more or less eliminates that issue. And yeah. It's clearly the phone trying to limit power consumption because the phone never got hot outside performance mode.

Ogy, 30 Apr 2022Hi guys I buy p50 pro and update on latest fw but now in er... morebro , you have to handed your phone to huawei repair service

Lashtheslash, 22 Apr 2022Hiya. I have the p20 Pro mate and looking at another Hauwei... moreDon't bother, I've had to stop using my P40 pro as a daily driver because of the Google problem. It's not even just Google apps, because a lot of apps run through Google play or Google protocols you get half the apps even on apkpure and aptoide that won't work (still needs gms authentication basically). You're going to have to rely heavily on petal search/Web browser for pretty much everything (I have to use brave browser for YouTube, my bank, pretty much all takeaway and taxi ordering). Great devices just the lack of Google is now a huge problem (considering the monopoly of apple and Google being essentially the only os of choice)

Kev, 23 Apr 2022Kirin chips in this case are much better. In case you'... moreI've got a Huawei p40 pro, performance mode only gives you better benchmark results, doesn't really do anything in the real world so thats wrong. Day to day performance you won't see a difference between a kirin 990/9000, snapdragon 855 - 8 gen 1 and any apple/Samsung or mediatek chip in the premium market (unless you absolutely pushing your device and the chip to its limits all the time and even then you'll get stupid levels of throttling from current top end chips like exynos 2100, 8 gen 1 and a14/15 in apple devices)

But guys until when are we not goona see Google Services on these new Huawei Smartestphones?

Hi guys I buy p50 pro and update on latest fw but now in erecovery have package error, anyone can help please😊

PotatoMan, 16 Apr 2022Snapdragon 888 is know for its heating problem...I dont kno... moreKirin chips in this case are much better. In case you're curious, the SD888 wins in short burst performance, but the Kirin 9000 wins in terms of sustained performance. However, THIS IS WITH THE PERFORMANCE MODE ENABLED. Without it, all Huawei phones with Kirin chips generally have quite mediocre performance in intense gaming due to power efficiency being the main priority. But, flip the performance toggle on, and the chips will perform at their fullest.

For example, in normal mode, my P30 Pro's Kirin 980 scores 140k sustained score in the throttling app; after 40 minutes, it'll take 1-minute breaks at 75% to cool down, but otherwise, it's pretty much always at 100% power. As for 3Dmark Slingshot Extreme, it scored a sustained 2,300 points.

The Kirin 9000 will behave like this as well; Mediocre but hyper-efficient performance in normal mode, but with a dramatically improved performance mode that will not come at the cost of severe throttling. The SD888 throws that book completely aside; It follows Huawei's throttling protocol but offers substantially higher peak performance with severe throttling.

Simply put, the SD888 lacks the refinement and flexibility of the Kirin 9000.

DissapointedUserss, 21 Apr 2022I was about to buy P50 pro but it seems that Huawei phones ... moreI had a similar issue on my selfie camera.

Until I realized that an hour of gaming with greasy fingers had covered the selfie camera with grease.

There's absolutely no reason for a camera to be blurry beyond focusing issues. If you're curious, GSMArena's review unit probably had a deformed lens. How much? Given how many photos were fine, probably less than 0.1 millimeters.

Mnye, 07 Apr 2022I'm using P40 and I'm loving it, face ID is the b... moreHiya. I have the p20 Pro mate and looking at another Hauwei phone but was scared off due to sanctions with Google. So your saying I can still use all my google products still if I download apkpure? Will it also continue to back up photos to Google photos & I can use drive, Gmail and Google pay?
Thanks in advance 😊

I was about to buy P50 pro but it seems that Huawei phones have problem on the camera. My huawei P30 pro, p9 even the p10 have blurry camera issue after a while. So sad.

PotatoMan, 16 Apr 2022Snapdragon 888 is know for its heating problem...I dont kno... moreI have a mate 20 pro with kirin 980 and it works perfectly without heating or performance issues since three years. Kirin chips are very efficient and it is a pity that huawei is not allowed to produce its own kirin chips anymore because of the us sanctions.

Mindah, 12 Apr 2022I am thinking to buy this phone but it seems that the globa... moreSnapdragon 888 is know for its heating problem...I dont know about the Kirin 9000 because I havent owned or used Huawei phones.

Kirin9000, 07 Apr 2022If I order this phone from China with Kirin 9000, will 5G t... moreI don’t think so, as I’m pretty sure china uses different frequencies, you’re basically betting that a phone that was made for Chinese 5G will work here, I wouldn’t risk it. There are many other vendors

If I order this phone from China with Kirin 9000, will 5G technically work in region of Europe?