LG mothballed its smartphone business, but when that happened several new models were in different stages of development. The LG Velvet 2 Pro was apparently close enough to being ready that LG had a few thousand units produced, which it sold to employees. A couple of weeks ago details on the phone surfaced – an S888-powered flagship with a keyless design. Now, a few more models have cropped up.

One of them is the LG Stylo 7, what would have been the 2021 entry in LG’s mid-range stylus-packing lineup. This one would have had a Snapdragon 662 chipset – not exactly exciting, but still a big upgrade over the Helio P35 that the Stylo 6 featured. The 4 GB of RAM is another upgrade over the existing model, which has 3 GB. 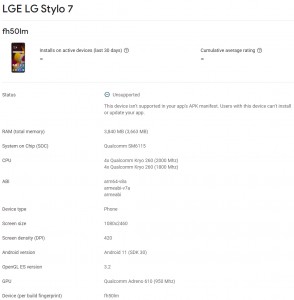 Screen resolution would have remained at 1,080 x 2,460 px (20.5:9) and given the pixel density, the screen diagonal would likely have been the same too, a generous 6.8 inches. One change noticeable in the phone render is that the selfie camera is in a punch hole instead of a notch.

We saw renders of the Stylo 7 as far back as last year, which also showed a USB-C port, 3.5 mm headphone jack and a side-mounted fingerprint reader. There was apparently a 5G version in the works too, which would have necessitated a different chipset (which one we don’t know).

Next up are two entries in the affordable K-series, the LG K33 and LG K35. Both are powered by the Helio P35 (MT6765) and have 3 GB of RAM. The plans for both include 720p+ displays (20:9), though the K35 is slightly fancier with a punch hole selfie camera instead of a notched one. The screen diagonal would likely have matched that of the K31 at 5.7”. 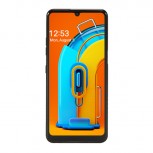 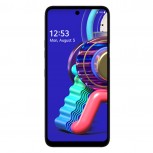 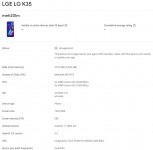 It’s not clear if the LG Stylo 7 or the two K-phones ever entered production. It is quite clear, however, that they will never appear on store shelves.

What could have been: the LG Velvet 2 Pro had an S888 chip and a keyless design

I've always been a fan of the stylus. My first one was a Stylo 2 and I loved the big screen it had. I since had a Stylo 4 and 5. I was hoping for the 7 because I saw the renders and it looked nice. It's ashame they didn't at least rele...

Stylo 6 for me is utter garbage, screen cracked and got wet to now it looks like im growing a tree. Phone durability scale for me is 5.2 out of 10