The Nokia X6, previously known as Nokia X, is arriving on May 16, as we reported earlier. Images revealed it will have a notch, as did a hands-on video of the phone. Now some more press renders arrive thanks to the retailer Suning that is having a photo contest with 10 units of the new Nokia smarphone as a reward. 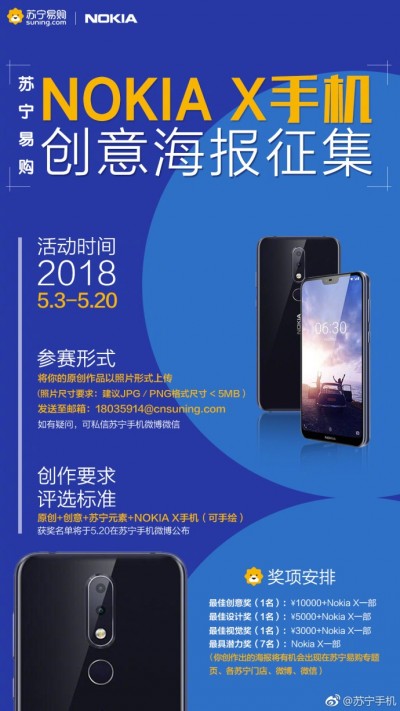 Along with basic information about the competition, Suning also revealed the top three entries will get some money as a bonus to their new Nokia X that will come with dual cameras and a fingerprint scanner on the back.

Nokia X6 will be announced on May 16 in China

Only downside is that fingerprint scanner is on the back.

Indeed, 1% of all people who use smartphones is a really big number. If it's 10%, then it's HUGE. However, percentages are the ones that matter. So if 90% are not bothered, it's all good. Besides, the notch is there to eliminate the clock and ...