Nokia X6 will be announced on May 16 in China

Nokia is prepping a press event in Beijing on May 16 in honor of its Nokia X6 smartphone. It was rumored that the Nokia X would come on April 27 but that was proven to be the start of a 6 day conference that Nokia is holding in China - from April 27 to May 2 - to promote its entire new lineup of smartphones.

The Nokia X6 is one of those smartphones. The X6 has been displayed to the general press, which is how we got some clear hands-on photos of it, but the device is locked so we can't gauge its specs.

Nokia X invite for May 16 (click for larger image)

Now Nokia has issued an official press invite, a screenshot taken from the Nokia X6, teasing the time and place of its unveil - May 16 in Beijing.

The date coincides with OnePlus' global reveal of the OnePlus 6 and is a day earlier than its Chinese reveal. Both devices will be the first from their manufacturer to carry a notch - coincidence? Yes, probably.

Back to the Nokia X6 - so far we know nothing of the specs. What we know is all we've seen from the phone - it will have a 19:9 screen on the front, a glass back housing a dual camera and fingerprint scanner and a metal frame sitting in between the glass. 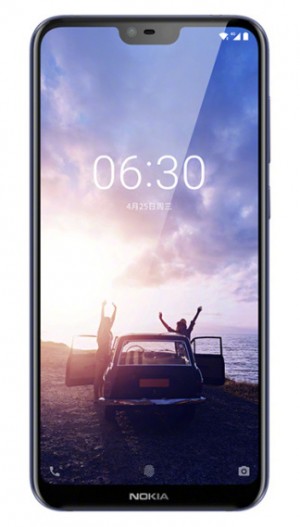 HMD to unveil Nokia X6 on Friday, a mid-range model with a 19:9 screen

Please treat this asmy personal opinion, Why do people compare with other brands and say Nokia is overpriced,' Why do not they compare Hardware and build quality.

you're right, I only mentioned that bcuz nokia might overpriced the x6 as the p20 lite. might cost more or less when released thou

You're wrong (but I'm sure that you've been told that before). Foxxconn's take on the deal that bought Nokia phones back from Microsoft were the manufactoring facilities that made Nokia feature phones, and now they make the smartphones that were desi...