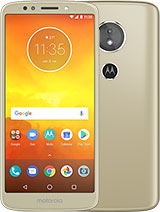 Anonymous, 06 Dec 2018No NFC. Just returned to Best Buy. Lenovorola has lied to u... moreonly one model has nfc learn to read

Actually I think this phone is great. Here's what I do with ANY Android device -

The trick re performance on any Android cell phone, is to get an SD card and use that as the internal storage. To achieve this (if you don't know) you make yourself a developer on the phone (Google it if you don't know how). You then get the option to FORCE apps to install on the SD card. This also improves performance of the device overall, as the phone uses the SD card as a write disk. You also need to turn off all the extraneous rubbish that runs in the background (i.e. via the apps menu), and things that are using background data/battery. Doing those things makes even a cheap low-end phone that many would give bad reviews, WAY more usable (e.g. even a Huawei Y360 running Android 4.4.4 became a better performer, even though it only has 512 MB of RAM. Adding the SD card and doing as per the above, changed that phone considerably - I was able to use it as a Wi-Fi hotspot and backup cell phone for ages, with ZERO issues).

Back to the E5 - I got mine second hand, screen was in excellent condition and overall I find the phone is good quality. Not sure what others are expecting, though mine was comparable in quality and clarity etc to a friends Samsung Galaxy. Ditto re size, weight. The 13MP camera takes quality photos.

Really happy with mine! Apps run smooth and fast - multiple apps at once at that - and battery life is good with the 4000 mAh battery. This phone is a suitable semi-replacement for my laptop, which is exactly what I was looking for - albeit without the high-end brand name price tags.

No NFC. Just returned to Best Buy. Lenovorola has lied to us again!

Screen quality is really low,i dropped mine a few days after i got it, and a 45cm (1 ½ft) tall drop, it shattered like if a truck had run over it, im really disapointed at motorola and this device, also, apps take a while to load and sometimes crash. not really worth it.

bad screen design, used lower grade glass to produce higher profits and consumer suffers. I will be tossing mine in the trash as soon as I can.

Olalekan, 09 Aug 2018When is going to launch in Nigeriahave mine in Uganda, bought direct from Motorola UK

Anonymous, 09 Aug 2018Great battery life. Issues with camera focusing. Can be fix... morenew updates for moto camera has fixed it

Great battery life. Issues with camera focusing. Can be fixed with third party apps that force focus each shot (get one that disables Wavelet Denoise if you can).

When is going to launch in Nigeria

Just ordered for one, will wait and see

Personally I am a fan of Motorola.
But after Lenovo, I think twice before buying a Moto handset. There is always a confusion, if my handset will be updated to latest Android ( though being nearly vanilla version). Except premium series of Motorola, it never sure if the handset will get any updates. There is no word about Moto e5 series for future updates.

Nokia in that sense has played a master stroke by declaring most of it's series as Android One handset. This actually is an surity that there will be some updates in future.

But for Motorola ( say Lenovo) there is no such word of assurance with respect to Moto E5.

sudu, 11 May 2018how much internal memory is available for user of 16 GB ?I've just started using this. There is about 10.5GB free after setting the device up.

Sakitock, 31 May 2018Reviews say this is dual sim, but nothing in the descriptio... moreyes, slots for two nano sims

Reviews say this is dual sim, but nothing in the description says so...Anyone know for sure?