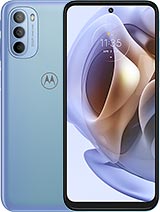 sandaro, 28 Jan 2022Why would Motorola downgrade RAM from 6GB to 4GB and remove... moreGuys, FYI, in general the slower the charging rate the better it is for the battery life in the long term. The chemistry of lithium batteries have limitations that are not advertised. All fast chargers are relatively bad for the battery, so if your battery is not replaceable having a slower charging rate is actually a feature and not a bad thing. ;) Even if your phone supports ultra fast charging DO NOT use it and only use the standard 10W charger or the slowest charger that is compatible with your device if you care about your battery 🔋.

You are right, this display ifs good but natural profile is prefered rather than saturated.

Battery life is stellar you can get two days no problem at all! Perfomance is generally good, obvisouly is not meant for gaming if that´s what you´re after.

I just wish that they had put at least 15W of charge.That´s the only thing i can complain, but you want have problems on batery life.

is it emmc or ufs?

Brightness - max brightness is good, very usable on a sunny day but indoor, im keeping it above 50% below that is not so bright. my samsung j7 pro is brighter at 40% compared to 60% of this phone.
Display - i dont know, kinda overrated because of Oled. im using natural colors as the saturated or vivid display irritates my eyes, which didnt happened when i still have my samsung J7 pro. i can say that nothing beats samsung when it comes to amoled displays.
Battery - good optimization, 10% battery consumption per hour. will last a day if dont do a lot of gaming, 7 to 8 hours SoT if youre careful. dont worry about charging it overnight it has optimization
Camera - good i think. raw pics are great, just turn off all of the A.I. optimizations as it will ruin your pics, dont use auto HDR for selfies
Gaming - 5% per 30 mins or ML. im not a gamer, my 2nd hand vivo y19 is better when it comes to ML no lags even at high graphics

Overall a very good casual phone, not so small and not so big. not so expensive but not so cheap. hardwares were there, a good software updtaes will make this phone even better. it lags when i use it out of the box but becomes smoother after i updated it. Been using for 2 days only, hope it will last.

Hello! I have a problem with this phone. I can't connect to public wifi networks because captive portal login doesn't open. Anyone knows a solution to this?

I have been using the Moto G31 for a coupla of days now. It is a good phone in general. The CPU is adequate for simple games but it lags noticeably when you play more demanding games like Pubg Mobile. I have the feeling that my previous Huawei with FullHD screen and Kirin 710 performed generally better in games. Screen is good but sometimes the phone doesn't show mobile version of websites instead shows desktop version. Never had this problem in the past with other phones and same browser. One major problem is that it barely gets GPS localisation. Sometimes I have to wait for almost one minute to get a GPS fix and even then only locks to 4-5 satellites.

also some apps might not be compatible and causes the device to reboot, as some users said. never happened to me so far

Joe, 13 Feb 2022I have brought g 31 on January 28 from flipkart,so far perf... moreIt could be possible that your phone case is not compatible and the button is pressed with slight touch.

just offered this to my wife. She had for 2 days the G30.

Yes, the G30 can be slightly smooth thanks to it´s 90hz refresh rate , but that´s it.
Even if the IPS is well calibrated and good blacks, it´s nowhere near as good as the G31 OLED. Yes it´s 60hz , but boy, the difference is huge. Way sharper thanks to FHD resolution and has virbant colors too. It´s really nice, also it´s more light and ergonomic than the G30, which for me is a huge bonus too.

you want have 20W charge, only 10W. It´s ok, could be faster but the phone has excellent batery life and if you charge it over night it´s fine.

I prefer the G31 anyday, even with a Mediatek Helio G85, for most users it´s fine. I think Motorola has nailed it again!

I have brought g 31 on January 28 from flipkart,so far performance is good,but the problem is that my g31 re started twice on its own ,can any one suggest me what's the problem and what do I have to do,thank you

I would have bought this phone already if not for the slow 10W charging... My current Moto G7 Power has 15W charging, so the G31 is a downgrade from an 3 year old phone... It really sucks because there's currently a discount deal on Amazon for 169€.

cbnavigator, 25 Jan 2022So, I'm currently using a Moto G7 Power for the past 2... moreIf you want 5G you need to choose for the G71. More or less same device but with 5G and of course other chipset.

Well it’s got a better display and the difference between 6Gb and 4Gb in real world use may not be a great deal different. It’s quite lightweight too, which is a bonus today. I’m hoping for the day displays are a little smaller again, as it’s got a bit daft that on android you have mainly 6” plus screens, ok for gamers or those watching Netflix but for a day to day phone easy in pocket maybe not so.

Well it’s got a better display and the difference between 6Gb and 4Gb in real world use may not be a great deal different. It’s quite lightweight too, which is a bonus today. I’m hoping for the day displays are a little smaller again, as it’s got a bit daft that on android you have mainly 6” plus screens, ok for gamers or those watching Netflix but for a day to day phone easy in pocket maybe not so.

sandaro, 28 Jan 2022Why would Motorola downgrade RAM from 6GB to 4GB and remove... moreYou get a proper Oled Full HD sharper display.

Why would Motorola downgrade RAM from 6GB to 4GB and remove fast charging from the G30 to the G31? Makes it tough to recommend this phone even over the G30 let alone the competition.

Anony Mouse 99, 25 Jan 2022I am seriously considering this model but there are several... moreJust download MX Player. That would play most formats

So, I'm currently using a Moto G7 Power for the past 2,5 years, which has 15W charging, and the battery charges relatively fast. How slow is charging in this Moto G31 with only 10W?
Also, does it support 5GHz in addition to 2.4GHz wireless?
And while it's good that finally there is a compass, it's disappointing that there is no 6GB/128GB model like the Moto G30. Still unsure which one to buy...

Has anybody tried installing another camera app, such as Open Camera, to check if the G31 can be made to record at 1080p@60fps?

I am seriously considering this model but there are several features not detailed in the specs.
Does it play wav and flac files as well as mp3 audio?
Can you load mp4 video files to play onscreen?
Does it have a light?
Does it come with Google Maps?
Thankyou.